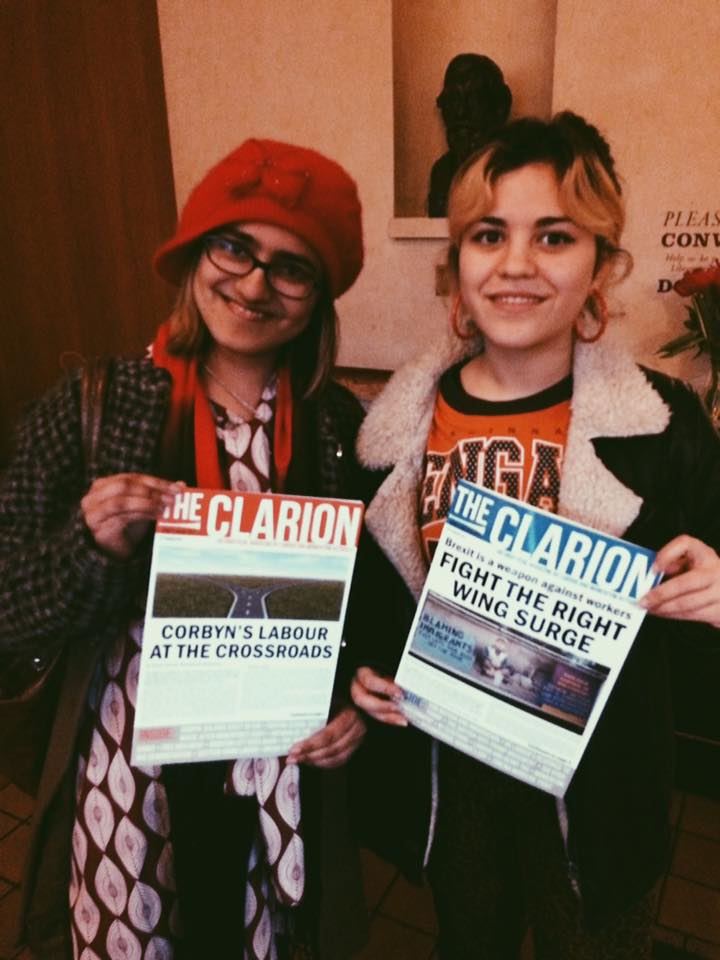 The Clarion is a publication produced by socialist activists in the Labour Party and Momentum with the aim of sharing information and ideas, promoting debate and strengthening socialist politics.

We were a print magazine. The first issue came out for Labour Party conference at the end of September 2016. From January 2017 to September 2018, The Clarion was published monthly. From that point on we instead began to publish a series of pamphlets about important issues for Labour and the left, in addition to our online content.

In so far as The Clarion has an editorial line it is a broad, class-struggle, socialist one (summed up by the statement below).

Signed articles are the responsibility of the authors, not our editorial panel.

Get in touch: theclarionmag@gmail.com

The Labour Party and the country are standing at a crossroads.

Jeremy Corbyn’s election as Labour leader in 2015 (and re-election in 2016) opened up a space for socialist politics to re-emerge into the British mainstream. The 2017 general election result confirmed that there are millions of people in Britain who at least want to see an end to austerity, neo-liberalism and the worst miseries inflicted by the broken capitalist system. The socialist left of the labour movement has a historic opportunity – we must seize it now.

That means an open discussion on politics and principles; assisting the grassroots of the labour movement to develop our own policies for a Labour government to transform society; building on and critically engaging with policies proposed by the leader’s office, the unions, constituency parties and other parts of the movement.

The Clarion is a space for and a contribution to those debates. In addition to news and reports from the labour movement, our coverage will focus on:

We welcome involvement from comrades who are in broad agreement with these above points and aim to critically engage with ideas from across the left.