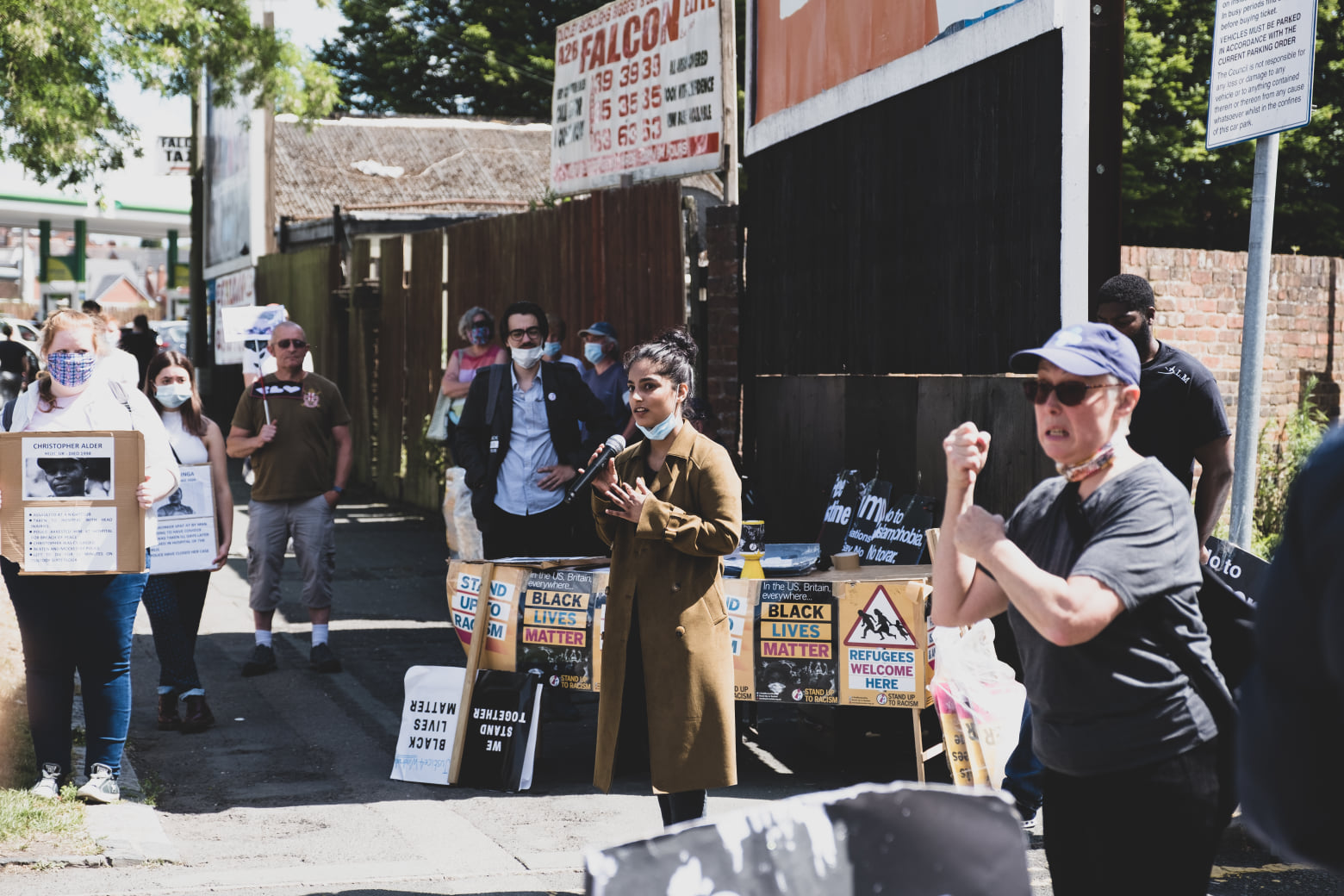 By Daniel Round, Clarion editor and activist in Stourbridge

Supporters of the Black Lives Matter movement have held significant rallies across the West Midlands over the last fortnight.

On Thursday 4 June, 4,000 protesters gathered for a demo and march in Birmingham city centre at the largest such event in the region. On Sunday 7 June, around 1,000 people took part in a demo at Wolverhampton’s West Park, the biggest in the Black Country.

Other events, in Dudley, Nuneaton, Solihull and a number of other West Midlands towns have also drawn large crowds over the last couple of weeks.

In Stourbridge, a Black Lives Matter rally on Saturday was called just mid-way through last week, yet drew one of the largest crowds for a demonstration in the town’s recent history with over 200 people turning up. Lots of students and young workers were in attendance, and a number said the event was their first ever demo.

Supporters, many wearing face masks and closely observing social distancing, heard from local anti-racist poet Trevor Homer, young Labour Councillor Ridha Ahmed (pictured above), and local trade unionists including David Muritu. Speakers touched upon personal experiences of racism and the significance of recent events such as the toppling of the Edward Colston statue in Bristol, and raised a variety of political issues for anti-racists to campaign on, including policing, detention and deportation.

A statement of support for Black Lives Matter was read out on behalf of Simon Foster, Momentum-backed Labour candidate for West Midlands Police and Crime Commissioner, who said “it is important that we come together to demonstrate and call for lasting, real change”. Speeches were signed for deaf attendees.

After the rally, attendees spread out around the side of the ring-road in the town centre and knelt in remembrance of George Floyd, before waving placards and signs for passers-by to see. Some featured the faces and names of black men who have died in police custody in the UK, such as Sean Rigg. Others featured slogans such as “justice for Windrush”, “all lives can’t matter until black lives matter” and “refugees are welcome here”. Many drivers beeped horns and passengers cheered in support through car windows.

A pathetic group of six or so far-right counter-protesters gathered nearby and shouted “white lives matter” before skulking off early on in the rally.

The demo was an astonishing success for a town of Stourbridge’s size and recent politics, and surpassed all expectations of the organisers, who are now planning an online activist meet-up to harness the energy of the event going forward. BLM supporters from across the region are also looking to coordinate and link up actions in the near future.

Socialists in Labour, many of whom neglected the social movements in the Corbyn era, should seize this remarkable moment and seek to win activists to a class conscious and internationalist anti-racism, while building that mass movement we need to beat back racism in wider society.

Let us know what you think? Write a reply? theclarionmag@gmail.com.