The London Transport Region of the RMT union, which supports Free Our Unions at both regional and national level, is holding a public meeting on resisting anti-union laws, on Thursday 27 February, from 18:30, at the Indian YMCA in central London (Fitzroy Square, W1T 6AQ).

The meeting will be addressed by RMT officers and activists, as well as activists from the rail workers’ section of the French CGT union, which also has version of minimum service laws in place in various industries, with new, more restrictive ones threatened. 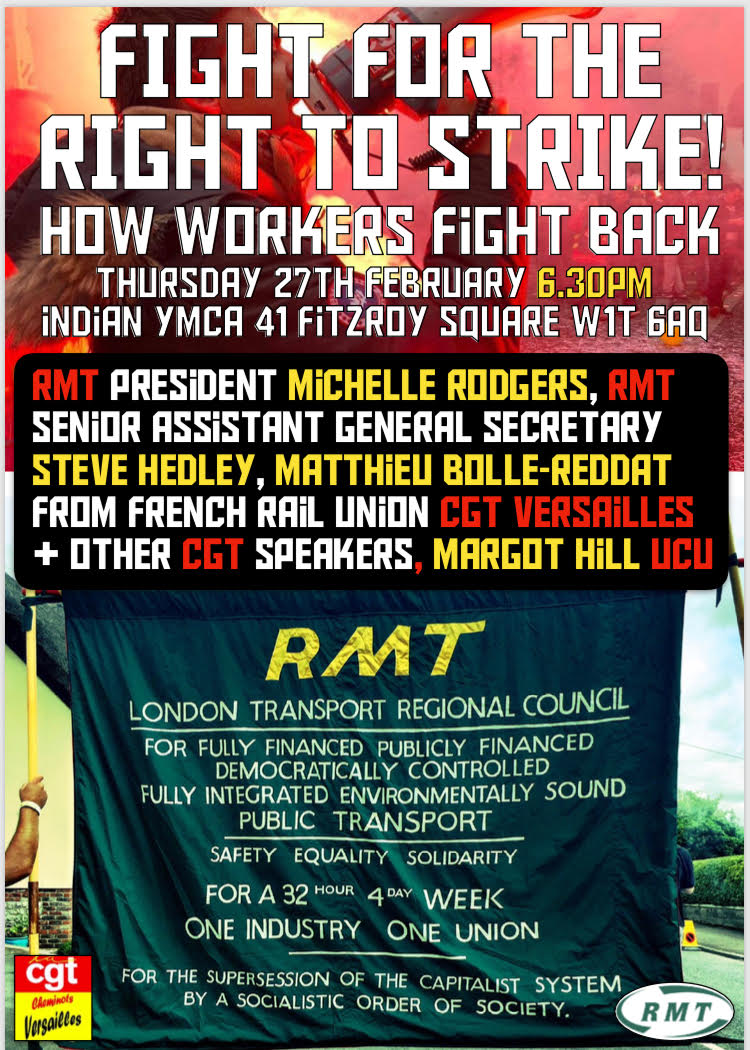