As the selection race continues in soon-to-be empty Labour seats across the country, many candidates are airbrushing their political records in order to win support.

A particularly extreme and curious case of this has arisen just across the river from Parliament in Vauxhall, where Jeremy Corbyn’s office has been rumoured by several publications to be supporting the businessman, landlord and Mayor of Progress-dominated Lambeth council, Ibrahim Dogus. In addition, Dogus’s website says he has received endorsements from major unions including Unite, the GMB, the Bakers’ Union and my union, the CWU.

Dogus runs several restaurants around Westminster that are frequented by Members of Parliament, run under the banner of his company, Rimad Ltd, for which he stood down as a director in 2017 but remains the Business Development Manager according to his councillor profile. He also claimed to be the owner in an interview earlier this year with The Independent and owns the majority of shares in the company.

Despite only moving to the area in the last two years after being a prominent figure in Labour circles in Enfield, Ibrahim Dogus is clearly one of the front-runners in the Vauxhall selection process. Labour members in the area and more widely should know the following about him.

1. He is emphatically not on the Labour left

In the 2015 leadership election, Dogus supported Yvette Cooper and hosted fundraisers for her at one of his restaurants. Further, his business donated £2200 to her campaign through free tables and food according to her register of interests. 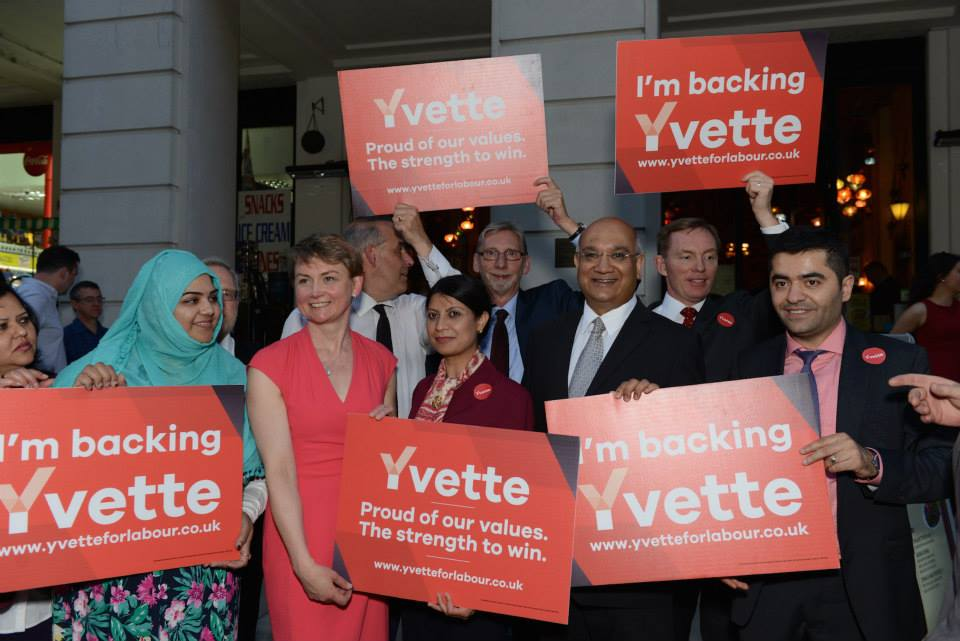 During the 2016 leadership coup, while his restaurant Troia tweeted enthusiastically about hosting an Owen Smith fundraiser, he did not take a public position or defend Jeremy Corbyn. He made one comment saying he’d give free dessert to Corbyn and Smith if they made-up at one of his restaurants. Before 2015 he was a well-known ally of Labour-to-Change UK defector Joan Ryan MP and was her fundraising officer when he lived in Enfield.

This is quite noteworthy as Dogus now often paints himself as a staunch supporter of Jeremy Corbyn. He regularly and enthusiastically posts photos of Corbyn visiting his restaurant, and he has written about how he met Corbyn when he was a student living in Islington North to suggest he has always been a supporter. His record tells a different story.

Dogus and the other male candidates long-listed have also ignored the wishes of the local left (and the CLP as a whole – which voted unanimously) to have an all-women shortlist.

2. His record as an employer is… not great

After speaking to former employees from his restaurants, when Dogus was director of Rimad in 2016 he was paying his staff a poverty wage of £3.87 – the under-18 minimum rate at the time and literally the least anyone could be paid. Employees provided payslips which confirm this. 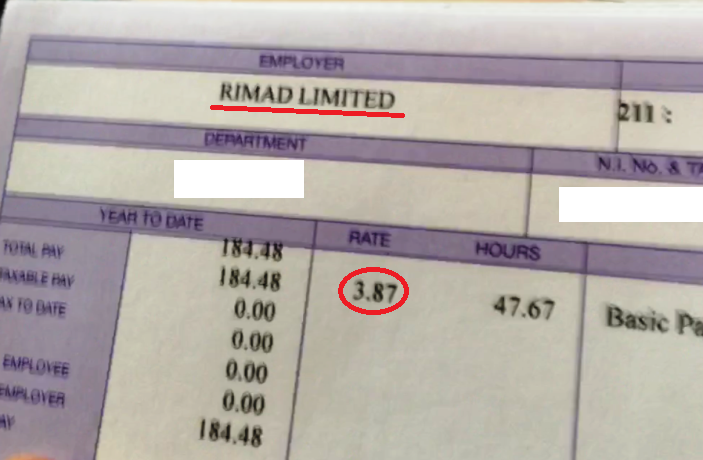 After many of these questions have been raised on Twitter, Dogus has gone on the offensive about how many of his businesses, such as CEFTUS, SME4Labour and With Love Cafe are Living Wage employers, which is seemingly true. However, the fact remains that he is not a living wage employer when it comes to his chain of restaurants which presumably generate most of his wealth. The same may well go for other enterprises he does not mention.

A reminder: Labour policy, rightly, is for 16 and 17 year olds to be paid a living wage of at least £10/hr. Dogus has paid less than half of this. For socialists, this is obviously not suitable, to say the least, for a candidate supposed to represent and advance the cause of labour.

3. He has used his wealth to advance his campaign in Vauxhall

Dogus only moved to Vauxhall around two years ago. Around the same time, he changed the addresses of his businesses from Enfield to a flat near Waterloo according to Companies House. As mentioned above, he was previously an activist in Enfield.

In this time he has set-up and funded a paper called Lambeth Life which goes out to every home in Vauxhall and regularly features stories about its publisher. Recently it was revealed by an activist in Vauxhall that it had been posted through every door in the constituency via Royal Mail and carried a two-page spread and a front cover story about Dogus’ candidacy, promoting links to campaign website and social media pages.

A few months ago it ran a three page spread about him becoming the Mayor of Lambeth, his back-story and also mentioned the various positive media stories written about him in the last few years. The article failed to mention he was the paper’s publisher and it’s obvious he’s set up the paper to promote himself and his campaign in the area. 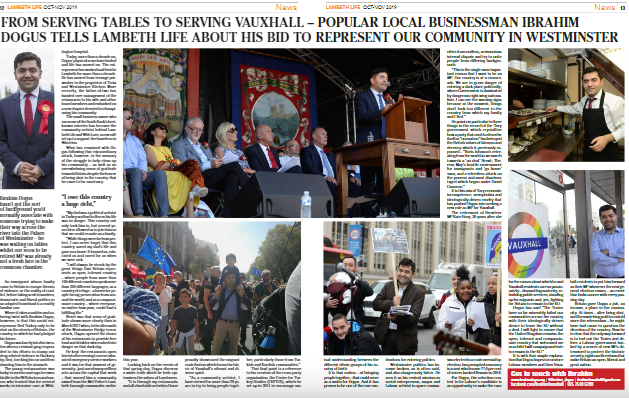 He owned a similar paper called Enfield Voice back in 2012 before he ran for selection unsuccessfully in Enfield South. This type of practice should not be acceptable, and it puts wealthy candidates at an advantage over everyone else, particularly the type of working-class candidates Labour should be putting forward to advance socialist politics.

4. He seems to have given money to the Tories!

In 2013, whilst he was a fundraising officer for Enfield North CLP, it is alleged and seems to be established that Dogus made a £1250 donation to then Tory MP for the area Nick de Bois for a table at a local fundraising dinner.

He has replied to this in the changes section of his Wikipedia entry, arguing the money was paid on behalf of his organisation CEFTUS to build cross-party support and that he didn’t attend. He also says that the Labour Party had cleared him of any wrongdoing.

However, in an archived article for the Haringey Advertiser, a spokesperson for the Enfield North Conservatives said: “There has never been any mention of the Centre for Turkey Studies or any other organisation – this was received as a personal donation and recorded as such.”

The full reasons behind the donation are unclear. Dogus has called these accusations a ‘lie’ in a Left Foot Forward article. However, there is various evidence for this claim. In addition to a publicly available receipt from then local Conservative MP Nick de Bois, Dogus was photographed with de Bois and former prime minister John Major at a Tory party event. There are at the very least some extremely serious questions to be answered.

Why are the leadership and some unions backing Dogus?

Most people who have met Dogus will admit he’s a friendly, charming individual. He has built a lot of contacts in the PLP through owning businesses that MPs often visit, and through his various campaigns and think-tanks that his wealth has allowed him to set up and accumulate. It would appear to many like he’s rubbed all the right shoulders.

One can imagine that members of the leadership have mistaken a friendly personality for having left-wing politics.

Labour should be trying to give a voice to trade unionists and working-class campaigners, not wealthy bosses who can afford to set up their own newspapers in order to parachute themselves into a safe seat, and whose record suggests a commitment mainly to self-promotion. If Corbyn (or some around him) and some major unions are seriously backing Ibrahim Dogus in the upcoming Vauxhall selection, then perhaps in the future they should do more due diligence first, or consider the political principles involved more seriously.

Moreover, we need to win in the Labour Party a political culture and political representatives that advance, well, labour over capital.

• We offer Ibrahim Dogus a right of reply and encourage him to respond to anything here he regards as untrue, inaccurate, unfair or wrong politically.