Over the last two weeks, incredible things have happened in Sudan. The Transitional Military Council, which took power after the downfall of the Sudanese tyrant Bashir after 30 years of brutal oppression, itself turned brutally on the Sudanese rebels who had maintained a sit-in outside their military headquarters in Khartoum. The repression used the notorious paramilitaries of the Rapid Support Forces (RSF). 180 were killed. Bodies were dumped into the Nile, weighted down by breeze blocks to try and disguise evidence. Hoards more have been wounded, arrested and detained in public offices guarded by the Janjaweed forces. Women and men have been raped, many are missing. 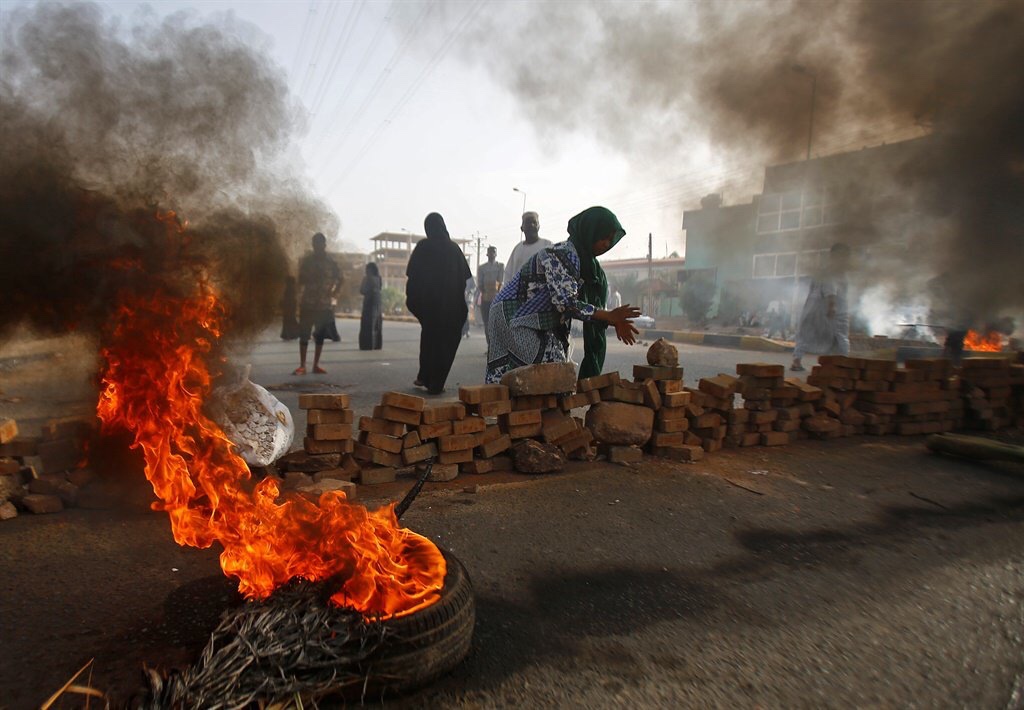 The Sudanese revolution had united those across ethnicities who had been oppressed by the Bashir regime. Prominent amongst them had been new unions formed in most industries and services and brought together in the Sudanese Professional Association (SPA).

In response to the brutalities of the previous week, on June 9 the SPA and others in the wider umbrella called for mass civil resistance. This included the call for a general strike.

The RSF were sent by the regime on further attacks within Khartoum and other areas. The RSF are the direct descendants of the Janjaweed, the sectarian force that was unleashed on Darfur in 2003. They have murdered approximately 300,000 since that time.

They have now been unleashed again in Darfur, possibly to try and fracture the unity of the Sudanese oppressed. The village of Dilege in Central Darfur has been burnt on day one of the civil disobedience. Eight people have died.

After three days of general strike, it was called off – but the struggle of civil resistance continues. Road blocks have been set up by the rebels to impede the now heavily armed murderous RSF militias.

Emily Thornberry, following the Organisation of African Unity’s suspension of Sudan, has called for UN action but more and better solidarity is needed.

We publish below a letter sent to Jeremy Corbyn back in January by 108 Sudanese members of the UK Labour Party. To this day it has not been answered. We don’t know the reason and it may only be accidental. But the Labour Party has to address the Sudanese oppression as a matter of urgency.

We expect to have a motion for Labour Party organisations to consider and support early next week. In the meantime, party members wanting to hear from those fighting against the Sudanese repression should contact them through the Sudan Doctors’ Union (SDU.org.uk) by email to sdu@sdu.org.uk

Amid continuing, nationwide popular protests against the brutal dictatorship in Sudan, we the undersigned call on the UK Labour Party to support “The Declaration of Freedom and Change in Sudan”, issued on the 1st January 2019 (please see below). This declaration, which has been issued by the Sudan Professionals’ Association, Sudanese political parties and civil society organisations, calls for a comprehensive solution to Sudan’s conflicts, economic and political crises through the establishment of a transitional government. There is a national approval and support for this declaration because it represents the hopes and vision of the people of Sudan towards peace, justice, democracy and sustainable development.

Since the 19th of December 2018, huge peaceful demonstrations in major towns across Sudan continue to demand that the regime headed by Field Marshal Omer el Beshir step down and hand over power to a transitional representative government. El Beshir, is indicted by the International Criminal Court (ICC) for genocide, war crimes and crimes against humanity in Darfur. To date, over 40 protesters (including children) have been killed as a result of lethal violence by the government, which uses live ammunition. Thousands of people have been arrested, some tortured, and several sustaining serious injuries. In a live televised meeting on 30 December, President El Beshir ordered Police to kill demonstrators!

We ask you to use your influence as Leader of the Opposition to demand that the British Government cease all political support for and economic cooperation with the Sudanese regime, with which it is pursuing a “strategic dialogue’, prompted largely by a desire to curb migration. In fact, far from curbing migration, the Sudanese regime fuels it by driving many of its own citizens to seek asylum abroad. The Sudan regime has abused funds provided, under the European Union’s “Khartoum Process”, by the EU Trust Fund to help finance militias deployed against civilians in Darfur and now, against unarmed demonstrators all over Sudan. These funds have given the regime a golden opportunity to present itself as a lawful government when it has abused the rule of law for its nearly 30 years in power. We would also draw your attention to the Commonwealth and international human rights obligations of the UK, which officially support the ICC cases against Omer el Beshir and some of his officials.

The UK government appears to view the current Sudan regime as a bulwark for stability, despite the war it is still waging against its own people. The war you once campaigned against in Darfur no longer hits the headlines but it is still going on there, and also in the Nuba Mountains and Blue Nile. It’s appalling record on justice and governance, combined with its gross and documented violations of human rights, racism, corruption and international terrorism, represents a true obstacle for political stability in the region. Supporting the smooth transition to a democratic government which the Sudanese people are loudly calling for is the only real solution to ending instability in Sudan.

We believe that a complete change of regime and the peaceful transformation to a democratic system will ensure not only a decrease in migration but will encourage many exiled Sudanese to return and engage in the reconstruction of their country. We hope that we will be able to meet with you to clarify our position further.