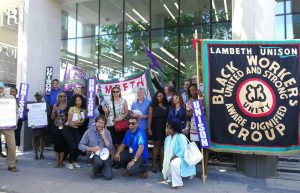 Since the election of Corbyn as Labour Leader the right have been promising a split. With Brexit approaching and the antisemitism scandal still lingering, they picked a perfect moment and have finally gone. In fine recent tradition the Blairites managed to bungle it. If we learned anything from Liz Kendall’s leadership campaign and Owen Smith having to put out a statement denying he’d claimed to have a 29 inch penis, it’s that the current crop of Labour right wingers lack talent.

If there was one thing Blairites should be good at it’s PR, but their branding is all off. The Independent Group sounds like a shady multinational who will dump waste off the coast of Africa for you, and the seven MPs looked horrifyingly uncomfortable standing next to each other. We can forgive Luciana Berger accidentally calling herself a Labour MP, it was an almost charming gaffe, but what followed was a mess and that’s before you even get to the racism scandal five hours in.

The press conference was marked by its incoherence. The seven seem to have totally forgotten the Blairite PR training of repeating your key point again and again. They held two strong cards – Brexit and antisemitism. The party is divided on Brexit and it is becoming increasingly likely that Labour will facilitate the Tory deal, against conference policy. Labour has mishandled antisemitism in the Party, and you could guarantee minutes after the split someone would take to Twitter and accuse the MPs of being funded by Israel or the Rothschilds. But as well as going for the open goals the MPs riffed seemingly contradictorily on what they believed and how they were going to #ChangePolitics. The party they had known and were dedicated to had been destroyed by a new influx and they are sad to have seen in “hijacked by the hard left” (Lesley) and “changed […] beyond recognition” (Smith).

But also: now is a time for totally new politics because the twentieth century ideas of class opposition parties is outdated. Their party had been stolen from them and betrayed working class supporters, but also the Independent Group are proudly ecumenical on both party and class. Why did they seem to be talking nonsense?

Behind the seeming contradiction and disagreement is a clear and distinct politics: you can make a coherent narrative of tradition and fissure, if you claim your tradition in New Labour. But none of the Independent Group amidst all the babbling could bring themselves to actually name New Labour or Blairism. It is an astonishing testament to the legacy of Blairism that Blairite MPs can praise Churchill but not Blair. This is the legacy of the Iraq and Afghanistan wars, the decision to view the welfare state as an instrument of market efficiency rather than social justice, watching PFI and tuition fees playing out to their horrible and inevitable conclusion and within the Party, the hollowing out of democracy.

Though few newspapers reported the full speeches, watching them in full it is very clear that the Independent Group are proposing a new New Labour without Labour, and with nothing particularly new – pro capitalist, anti working class social liberalism for the post Blair era. Chuka Umunna did not refer to class politics explicitly but it is surely the “old politics” he was referring to when he said “it is time we dumped this country’s old-fashioned politics and created an alternative that does justice to who we are today”. Leslie was more explicit; “They constantly pit one part of society against another because to them the world divides between oppressor and oppressed, class enemies, when in truth the modern world is more complicated than this”. He didn’t elaborate at which point we entered the modern world in which the fact one class exploits and pauperises another no longer became relevant.

Angela Smith does think there is a role for class in politics: “working class” for Smith is a suit you wear for kudos. A homogenous tribe who agree with you, are individually aspirational, have no place for the left and presumably, given her later remarks, are a bit racist. She explained; “Most people are like my family. They do not want to be patronised by left-wing intellectuals, who think being poor and working class constitutes a state of grace. What they do want is for a fair crack of the whip and the opportunity to succeed. They also believe that everyone in our country bears a responsibility to make a contribution towards keeping our society safe and prosperous.” She added: “Hating the Tories and blaming the private sector for all of society’s ills may sound good to those who look for simple explanations and simplistic answers to our complex problems but will do nothing realistically to build the wealth necessary to provide the resources for our precious public services.” A disavowal of class politics, the need for something “new”, realistically building wealth, working class aspirational individuals, hatred of the left – so far, so Blairite.

The quote that most can recall from the launch is not even from their press conference but Angela Smith’s bizarre racial slur describing people who aren’t white as “a funny tinge”. Smith claims she said it because she was tired, and it’s clearly an unfortunate trait in a politician to be racist when you haven’t had enough sleep. Clearly there is some hypocrisy of the Independence Group for excusing Smith’s comment whilst claiming to be taking a stand against bigotry. This exposes the weakness of Blairite anti-racism, which combines genuine attempts towards equality with a failure to understand or address the broader issues, and a willingness to sacrifice anti-racism for “more important” policy aims.

One of the Blair government’s first acts, in 1997, was to abolish the hated ‘primary purpose’ rule which kept thousands of foreign husbands apart from their British wives, and both Blair governments passed equality legislation. But the same governments also later reintroduced ‘primary purpose’ under another name, expanded police powers after the MacPherson report, fuelled racism rhetorically and in legislation against Muslims and asylum seekers.

The disavowal of class and the failure of anti-racism in Blairism are all part of the same story. The labour movement, the movement of the basic exploited class in capitalist society, has a basic duty of solidarity with the oppressed. It has the potential to organise a great integrated movement of solidarity with minorities, rejecting attempts to divide workers on the grounds of prejudice, fighting together to win all our battles. It is only in this way that we can push back reaction and destroy racist ideas in our society. Fighting reaction is class politics.

The Westminster chatter predicts further splits from Labour timed to damage the left leadership. What should our response be? The Labour left should welcome splits of Blairites but the next ones should not be because of Brexit or antismeitism, it should be because we are successfully rolling back Blairism in form and content. We should make a decisive turn back to the politics of class. We should demand a programme so radical that those who want to woo business rather than redistribute wealth see no future for themselves in the labour party.

Nationalise the banks. Scrap all anti union laws. Tax the rich to pay for massive public sector investment. Stand proudly in solidarity with migrants and minorities. Sadly for all the Blairite’s fear of a return to class politics, Corbyn very rarely mentions class, and it is time to change that. To change the politics we need to change the Party. The purpose of the Blairite modernisation of the party was to reassure capital, to eliminate alternative power bases, and to increase the autonomy of the leadership so that it can push through policies which the party’s supporters opposed. We must democratise the Party, ensure any political issue which is a going concern of the working class is fully discussed and decided at conference. The autonomy of the Leader and the MPs should be dismantled and we should welcome debate, democracy and criticism.

The Blairites fear we are destroying the legacy of Blairism. Let’s make their fears come true.