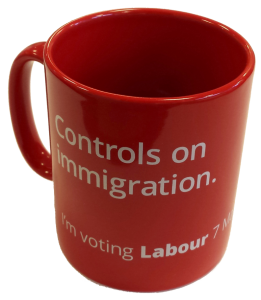 The Labour Party’s mooted abstention on the Tories’ Immigration Bill tonight would have been a catastrophic political error. It is good that the leadership appears to have backed down in the face of a backlash from members and MPs, and has decided to oppose the Bill.

Whether the mis-step came from a wet attempt at political “triangulation” or was inspired by some of the more Lexiter figures around the leadership who seem determined to turn the so-called legitimate concerns of a section of our voter base into an assault on migrants’ rights, every Labour Party member should be worried about this development. Refusing to oppose the Bill would have been a mistake on a par with the abstention on the Welfare Bill in 2015, which, ironically, played a large part in propelling Jeremy Corbyn to his current leadership position.

First, the political considerations: despite the u-turn, the furore over the Immigration Bill has allowed Greens, Liberal Democrats, and the right-wing of the PLP to claim a moral high ground and appear as the voices of progress on issues around immigration. That Chuka Umunna, who after the referendum said that he would sacrifice single market membership in order to end freedom of movement, can now pose as its principled supporter, is entirely down to the ineptitude and political cowardice shown by the party leadership on this issue. That a leadership of Diane Abbott and Jeremy Corbyn, who have given over much of their political lives to campaign for the rights of migrants and refugees, could even countenance not opposing a Tory Bill that left many of those rights in limbo is frankly astounding.

What about if you’re continuing to push for the never-going-to-happen pre-Brexit general election? Given that we knew that Anna Soubry and perhaps others were willing to rebel on this Bill, why wasn’t this seen as an opportunity to inflict yet another humiliating defeat on the government? Wouldn’t this have helped the tactic, as expounded by the strategic genius Richard Burgon and others, to lay down motion after motion of no confidence in the government before 29 March?

The party is triangulating on immigration as much as we did in the bad old days. Despite protestations of concern for the millions of European citizens living in Britain and vice versa, our leadership has consistently stated that “freedom of movement must end” as part of our genuflection before the “will of the people.” We have now ended up with a bizarre inversion of the party’s approach to immigration under New Labour. Blair et al embraced the dog-whistle xenophobic rhetoric of the right-wing press while in actuality championing free movement with Europe; Corbyn and Abbott adopt the language of solidarity with migrants while in actuality being prepared, indeed apparently determined, to end free movement with Europe.

The membership will be tired and disoriented with this weak and incoherent position, as we are with almost all the party’s utterances surrounding Brexit. The youth and energy that drove the party’s performance in the 2017 election will be lost if we pander to nationalism.

Then there are the considerations of principle. Should the Labour Party be seen to, whether passively or actively, assist the biggest tightening of border controls in living memory? Have we forgotten that our class, our movement, and our enemies are international? Do we not see free movement as a hard-won right of the working class that has been in the crosshairs of the most right-wing and nationalist capitalist forces around the world for decades? We live in a time of increasing nationalistic fragmentation and the rise of reactionary political movements. In years to come our party will be judged on the actions we took, not the warm words of our press releases. Did we oppose the nativist project of Brexit or not? Did we oppose stricter border controls eroding the rights of the international working class or not? These should be easy decisions for an internationalist party.

For those of us on the left of the party, we cannot and must not be afraid to call out our leadership when they are on the verge of making a huge mistake. We are not here to cheerlead or explain away incoherent positions that have no socialist rationale, any more than we would if the party was led by a Cooper, an Umunna, or a Burnham.

The Immigration Bill cock-up is, of course, a symptom of Brexit politics. When we try to compromise our principles with a nationalist and xenophobic project, this is the sort of desperate dilemma that we will impose on ourselves. Enough. We are internationalists.