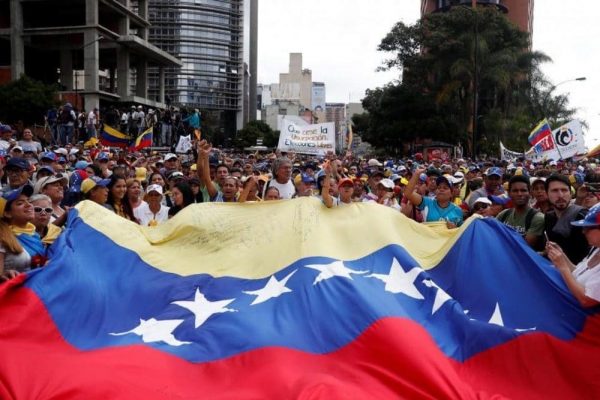 On 23 January 2019, Juan Guaidó, member of Popular Will (Voluntad Popular) and leader of the opposition in Venezuela, declared himself the country’s interim President. The governments of several states, including the US, Canada, and Argentina, have already recognised Guaidó’s Presidency. The ostensibly ousted President Nicolás Maduro urges resistance to this power grab and has given all US diplomats 72 hours to leave Venezuela.

This dramatic turn of events follows the opposition-held National Assembly declaring Maduro’s victory in the May 2018 Presidential election void, alleging a rigged electoral process. While the National Assembly is the de jure legislature in Venezuela, the de facto situation is that there have been parallel legislative structures since 2017, when, by Presidential decree, Maduro called elections for a special Constituent Assembly, which declared itself the supreme governmental branch. This generated enormous controversy because the opposition boycotted the Constituent Assembly elections, alleging the new institution to be a mere sham to keep the incumbent United Socialist Party of Venezuela (Partido Socialista Unido de Venezuela, or ‘PSUV’) in power.

The events of this month thus mark a curious reassertion of authority by the National Assembly, no doubt emboldened by, on the one hand, the continuing mass protests over Venezuela’s economic turmoil and, on the other hand, secret talks between the US government and Venezuelan military officers in favour of a coup. Amidst mass hunger and hyperinflation, an estimated 2.3 million Venezuelans have fled their homeland, venturing as far as Peru and Ecuador. This Monday, 27 members of the National Guard were arrested in suppression of an alleged uprising and violent civil unrest broke out across several working-class neighbourhoods in Caracas, once bastions of support for the PSUV.

The situation remains tense and uncertain. The Maduro-appointed Supreme Tribunal does not recognise Guaidó’s declared Presidency. More importantly, despite 4000 low-ranking officers deserting last year, the Venezuelan military leadership still seems to support Maduro. While I remain a fierce critic of the apologist attitude much of international left shows towards Maduro’s authoritarian grip on my motherland, the dark history of US-backed coups in Latin America gives us plenty of reason to worry about where these new developments might lead.

For now, let us keep our eyes upon Caracas, and be ready to support the Venezuelan working class from foreign and domestic threats alike.