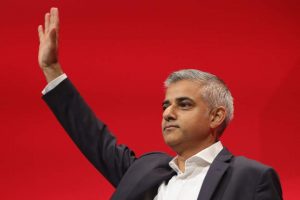 By a railway worker and trade union activist

Sadiq Khan, the incumbent Mayor of London, has been re-selected, unchallenged, to be Labour’s candidate in the 2020 mayoral election. Of the Labour-affiliated unions to have a policy on the selection, all backed Khan, including the Transport Salaried Staffs Association (TSSA), which organises in Transport for London (TfL), which Khan ultimately administers. Momentum, now the dominant organisation of the Labour left, also backed him. The only note of dissent was struck by Hackney South CLP, which voted by a margin of two votes not to endorse Khan’s re-selection.

Some of his support will undoubtedly have had positive motivations. Many will have been moved to back Khan out of solidarity with him as the victim of a right-wing hate campaign, often racist in character, and as an apparent tribune for basic liberal values against direct attack from the likes of Donald Trump.

But his unchallenged reselection as the candidate does not bode well for the ongoing project to remake the Labour Party as a force for working-class, socialist politics.

Judged against even the social-democratic potential of the Corbyn/McDonnell leadership of the Labour Party, to say nothing of a more thoroughgoing, radical socialism, Khan’s record in office is not good. On transport, a particular and direct area of interest for me, as a railway worker, his record is alarming.

The TfL “fare freeze”, and the creation of the hopper fare on buses, were headline policies for Khan. These are positive as far as they go, although neither go far enough: public transport is still extremely expensive in London, especially relative to cities with similar systems, such as Paris and New York. But on the central issue of transport funding, Khan has mounted no challenge whatsoever to the imposition of Tory austerity.

In 2013, the then Tory-Lib Dem coalition government announced a programme to gradually reduce TfL’s central government subsidy. That reduction has now completed: the subsidy has been entirely abolished, forcing TfL and its subsidiaries to become self-funding, and rendering it the only major metropolitan transport system in the world not to receive state subsidy. Unsurprisingly, TfL bosses enthusiastically leapt on the funding crisis as an opportunity to make frontline cuts. In 2014, they closed all Tube ticket offices and slashed nearly 500 frontline station jobs, reduced from their initial figure of 953 after a campaign of strikes.

More recently, TfL has announced programmes of “Transformation” amongst its centrally-employed staff and in subsidiary companies like London Underground, with hundreds of jobs in engineering, admin, and elsewhere set to go. Parts of the transport system TfL outsources to private companies, such as London Overground, which is operated by Arriva Rail, are also carrying out cuts, with a mass programme of ticket office closure and job cuts planned on the Overground network.

On London Underground, a wholly-owned subsidiary of TfL and its largest component, many services are outsourced. The biggest of these is cleaning, contracted out to a private company, ABM Facilities, which employs over 3,000 cleaners on low pay. These cleaners have no company sick pay or holiday pay, and are frequently subject to management bullying and harassment. Unlike directly-employed London Underground staff, they do not have staff travel passes, meaning they have to pay to use the service which their labour helps to function.

Khan makes the right noises about workers’ and migrants’ rights, but presides over the hyper-exploitation of a predominantly migrant workforce at the heart of the transport system his mayoralty administers. This is, frankly, a disgrace. Whether it was feasible to stand a candidate against Khan for the selection is a strategic and tactical question, but the Labour left, and the left in the affiliated unions, has a political and moral responsibility to challenge Khan’s record on these and other questions.

Khan is not “responsible” for the TfL funding crisis any more than local Labour councils are responsible for the funding crisis in local government. He, and they, are, however, responsible for how they respond. Just as Labour councils in Poplar in 1919-21 and Clay Cross in 1972 used mobilisation of the local labour movements to turn the institutions of local government into bastions of resistance to Tory cuts, a radical Labour mayor could’ve used their office to organise resistance to the Tories’ abolition of the TfL subsidy.

Khan could’ve declared, in his election campaign and upon taking office, that it is simply impossible to efficiently and safely run public transport in London on the funding model the Tories were imposing; that it would lead to catastrophic breakdowns in the quality of service and possibly to serious accidents; and that he would stand side-by-side with transport unions, including on picket lines, and support both industrial and political resistance to the cut. As a minimum – as a bare minimum! – he should have been shouting from the rooftops about the cuts, in every interview and in publicity campaigns across the capital, pointing the finger at the Tories. There has been barely a whisper.

My union, the Rail, Maritime, and Transport workers union (RMT), recently voted, by a narrow margin at a special conference, not to re-affiliate to the Labour Party. In the London Transport Region, which organises workers employed by TfL and its subsidiaries, one of the most common arguments against reaffiliation is that it would tie us to support for Khan and his administration, thereby somehow implicating us in, or preventing us from effectively challenging, TfL cuts. In fact, in voting against affiliation, we have deprived ourselves of an ideal opportunity to challenge him directly, within the structures of his own party.

Affiliated unions and local Labour Parties must campaign on these issues. When RMT mounts industrial or political resistance to the cuts, we must appeal to the Labour rank-and-file to support us. In Hackney South, where the planned cuts on London Overground will hit particularly hard, the Constituency Labour Party has already resolved to work with unions to fight the cuts. Other CLPs can do likewise, and local Labour Parties and Momentum groups across London should be using all channels, inside the party and out, to pressure Khan and City Hall. Along with transport unions, they must demand that Khan supports resistance to the cuts, and throws the weight of his office behind it.

It is only because of diminished horizons and the depressing effect of years of defeat that this appears radical. In fact, it is the least we should expect of a Labour mayor.