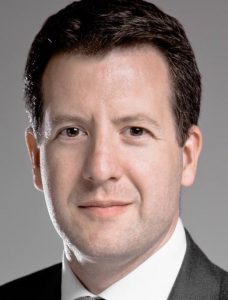 This had been coming for a while. The CLP had been at odds with Chris Leslie since the election of 2017, if not before. That was triggered by him going on radio the day after the election and berating Jeremy Corbyn for not winning it, calling May a “wobbly” and “beatable” PM and accusing Corbyn of missing an “open goal”. The CLP responded with an open letter telling him, basically, to shut up, that if he couldn’t say anything supportive of the leadership he should say nothing. It was noted, even back then, that his actions weren’t just undermining Jeremy Corbyn, as was his intent, but the Labour Party as a whole and if he didn’t care about the former, perhaps he could give some consideration to the latter?

And it did seem to have worked. For a few months after the letter, he said very little about Corbyn (nor did any of Corbyn’s other critics – I guess they were all recovering from the shock of Corbyn’s gaining thirty seats in an election that most of them predicted would see him lose one hundred or more.) Seeing him speak at CLP meetings, he mainly spoke about Brexit, and what a terrible idea it was. Most of the CLP agreed with him about this and if he were to have kept his focus there, we’d not be in this situation. Indeed, we might be proud to have an MP so totally opposed to so reckless and stupid a policy.

But this summer, that all changed. The smear campaign against Corbyn around antisemitism was too tempting a chance for Chris Leslie to pass up. On March 26th this year, he went along to the ‘Enough is Enough’ demo attacking Corbyn. The CLP took him to task for that, but he defended his actions, pleading a concern about antisemitism. Then, in June, he published a pamphlet, which was widely seen to be a possible manifesto for a new centre party.

As the antisemitism row deepened, Chris Leslie was always there. As one member put it, he seemed to be on the BBC’s Speed Dial, on the TV whenever anyone wanted a negative comment about Corbyn from a Labour MP. In response, the CLP called upon him to accept the antisemitism definition as amended by Corbyn, a battle that was lost when the NEC accepted the unamended version at the beginning of September.

Note that whilst all of this was going on, the Israeli army was murdering dozens of unarmed Palestinian protesters on the Gaza border, many of them children, in actions which, it seems, we can no longer describe as racist, no matter how much they remind us of Soweto or Sharpeville.

But, lets return to Chris Leslie. Eventually, one of the CLP branches passed a vote of No Confidence in him, and bought the same motion to the CLP. The casus belli here was a report in the Express that Chris Leslie had been meeting with other MPs from Labour’s right wing – Liz Kendall, Chuka Umunna, Gavin Shuker and John Woodcock were all mentioned – with the specific aim of breaking away and setting up a new party.

The response, from Chris Leslie’s ally, Chuka Umunna, was to call us all dogs. And so, after conference, we got to debate a No-confidence vote in Chris Leslie. At the beginning of the debate, it was pointed out that this had nothing to do with the new rules adopted by conference on trigger ballots, a point re-iterated in the debate itself. It was also pointed out that Chris Leslie’s absence – for which he’d sent apologies – was due to a long-standing commitment he’d had to speak at a meeting about Brexit, something the chair verified. I mention this because he’s now saying that he and his supporters boycotted the meeting. Well, that’s not the explanation he gave for his absence on the night. And his supporters were there, though few in number.

I’m not going to go into the specifics of the debate. Most of it was over what form of words we should use, the original, quite harsh, version, or an amended, somewhat softer, version. (We went for the original.) But two things should be mentioned. It was pointed out, again, that Chris Leslie’s actions don’t just undermine the leadership, they undermine the whole of the Labour Party. The antisemitism row over summer was incredibly damaging to the party. A break-away party of Chris Leslie and the dozen or so usual suspects would also be very damaging. Whilst I’d be surprised if any of them were actually elected, they might take just enough votes from Labour in just enough seats to let the Tories in again. Or they might not. But it’s a risk.

Secondly, what is the purpose of a vote of no confidence, one that Chris Leslie can just ignore? Well, it’s a shot across the bows. A statement saying that what he is doing is not acceptable to his members. And, in this sense, the new conference rules about trigger ballots must be considered as a possible next step if he continues to ignore us.

The vote passed overwhelmingly, maybe two or three to one. He’s that unpopular. Now we get to see his response.

The motion passed by the CLP

This CLP deplores the repeated attempts by the Parliamentary Member for Nottingham East, Chris Leslie, to undermine the leadership of our Party, culminating in the recent revelation of his involvement in a cynical plot to oust the democratically elected leader.

Mr. Leslie’s disloyalty and deceit is a severe impediment to Labour Party electability, and incompatible with his role as Labour Member of Parliament for Nottingham East.

This CLP, therefore, wish to move a vote of no confidence in our MP, Christopher Leslie.