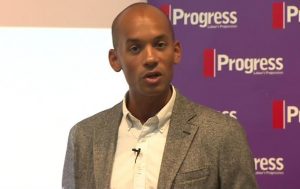 Whilst I understand the intent behind resisting opportunistic weaponisations of legitimate issues such as Chuka Umunna declaring the Labour Party to be “institutionally racist”, I think statements such as “the Labour Party is not institutionally racist” don’t do justice to the party’s (and indeed the British labour movement’s) rather more problematic history in relation to race and migration.

The Labour Party in government made policy which was racist: the 1968 Commonwealth Immigration Act which made Kenyan and Ugandan South Asians effectively stateless whilst permitting free movement for white British people. Between 1974 and 1978 the number of deportations increased. The 1974-1979 Labour government did not repeal the 1971 Immigration Act despite declaring it would when it was out of office.

During this period, at least eighty Asian women had to undergo ‘virginity testing’ when applying to enter the country to marry, with government knowledge that this was happening. Even the much-celebrated Attlee government administrated the Empire to quash uprisings and increase ethnic violence (as seen by the catastrophe of the India-Pakistan partition).

In 1892, the Trade Union Congress adopted a position in favour of immigration controls, against Jewish working class migrants. The history of the labour movement and party has never been one of consistent anti-racism, but rather it has been a terrain that anti-racists have had to politically contest and win the movement around to their ideas. This is why political education, and indeed political fights, are the only long-term solutions to antisemitic and racist discourses within the Labour Party.

But it’s also part of why people react angrily to MPs like Umunna and or Frank Field or Margaret Hodge denouncing the Labour Party membership as racist. Frank Field is a man who has praised Enoch Powell, fuels racist myths such as immigration creating poverty and who was an adviser to the Coalition government that was behind the ‘Go Home’ vans. Him posing as an anti-racist now is laughable. This is an “anti-racism” of words and not deeds, comfortable with some racism as long as it’s electorally expedient. The serious approach to tackling antisemitism which is needed is not going to come from it.