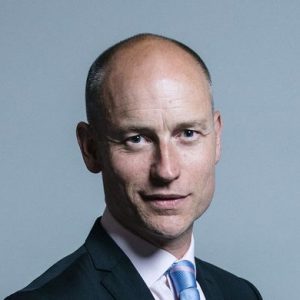 Stephen Kinnock has co-authored a new book Spirit of Britain, Purpose of Labour. In it he and others, including MPs Anna Turley and Dan Jarvis set out their vision for Britain and what Labour should be saying on key issues.

A seeming fan of the political faux pas, Kinnock makes a great deal of criticising a shift in policies that benefitted so called cosmopolitans who are comfortable with globalisation. Unfortunately for him ‘rootless cosmopolitan’ is an age old anti-Semitic trope used by the far right and in particular Soviet era Stalinists to describe Jewish intellectuals who were accused of lacking patriotism; something which, following his damning of cosmopolitan politics he then goes on to avow saying “Vitally, we are patriots, we believe the nation state is a force for good,”

Stephen “I can’t seem to get it right” Kinnock is posing this book, not as a vehicle to undermine Corbyn, but as a contribution to developing Labour’s policy and direction. That claim doesn’t stand up to much scrutiny.

What it appears to be is an attempt by some on the labour right to try to create new ideological ground for themselves. Kinnock’s contribution is to pose the “cosmopolitans versus the communitarians” as some amazing new political discovery. Kinnock argues in an interview in the guardian that Corbyn and Blair both prioritised cosmopolitan politics and calls the approach of both “electorally and morally bankrupt”

Setting aside the fact that having won three elections Blair could rightly argue he wasn’t electorally bankrupt, I’m guessing that Blair’s pro cosmopolitanism concerned his slavish commitment to venture capitalism and big business. The numerous tax cuts for the rich, escalating gap between rich and poor and subsidy of poverty pay with in work benefits that allowed business to flourish at the expense of redistribution of any kind.

Corbyn on the other hand is too cosmopolitan cause he is an anti-racist who doesn’t think you deal with social problems by blaming immigrants. ‘A scourge on both your houses’ cries Kinnock!

What his argument seems to boil down to is that working class people in Britain are small minded and parochial, he calls it “rooted in community” and valuing “security over personal liberty”. Therefore in order to appease that sense of insecurity we need to up our patriotism, national pride, Build it in Britain, British is Best, British Values, Big Society….. hmmm sounds spookily familiar.

Kinnock doesn’t really go into why large sections of the working class may fall into his category of communitarianism and value their security.

Maybe he does have some idea? He may hazard a guess at poverty pay, poor housing, zero hours contracts, bullying employers, fear of ill health with a precarious health service, unreliable public services and fear for their children’s future due to the decimation of schools and the possibility the planet will burn up before their kids get to become grandparents.

If he does see that I don’t know why on earth he thinks ‘being more patriotic’ is gonna answer any of those problems. Unless the answer is the age old one of sewing in peoples’ minds that the reason for their problems are things that are ‘Not British’, like migrants for example, or Danish bacon….

Some things change and somethings stay sadly, and predictably, the same.

• See also our November 2016 response to Kinnock on the ‘white working class’ and identity politics.