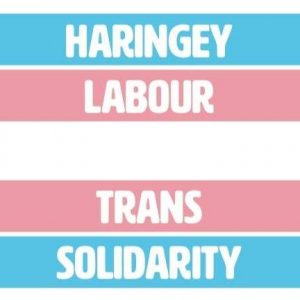 Trans people are facing increasing attacks in society and a backlash from the right and some parts of the left.

At the moment, it can cost hundreds or even thousands of pounds to jump through all the necessary hoops to get a letter changed on one’s passport, driving licence of birth certificate.

It can also take a very long time. Gender Identity Clinics are heavily over-subscribed, to the point where the Tavistock in London has stopped accepting new patients.

The proposed changes to the GRA are becoming a cultural watermark, despite the reality of the changes being fairly dry changes to the law which don’t really affect cisgender people.

Similar systems exist in various countries already, including Ireland. But the GRA changes are being used by some to whip up anti-trans sentiments and to scaremonger about trans people.

Various individuals and groups are stickering public places with scaremongering and hateful messages about trans people. Anti-trans activists have leafleted public places to spread misinformation about the GRA.

Their attacks focus on trans women, calling into question whether they should be able to call themselves women, their right to gender-specific services, and their motivations.

The worst attacks accuse trans women of being men trying to invade women’s spaces to assault cisgender women, spy on them or be sexually violent.

It is interesting how little anti-trans activists actually say about trans men, which is just as common a phenomenon; or about non-binary people, who are just as much a part of the struggle for trans rights as anyone else.

In pursuit of their aims, anti-trans reactionaries seemingly think nothing of bullying teenagers such as Lily Madigan online; “doxxing” (publishing the private information of) trans activists and their comrades and friends; or of screaming “penis” at trans women (as they did in Channel 4’s Genderquake debate).

There is, of course, another layer of people who are sceptical about changes to the Gender Recognition Act, who have reservations and who reasonably express them. These are the people who I hope we can convince of the necessity of trans rights and trans liberation.

A motion recently passed by Tottenham CLP’s General Committee is against self-identification and for segregating trans women from women’s only spaces.

Some of us in Haringey are concerned by the motion, (as well as by the general backlash against trans people in society) and seek to convince our comrades to change their minds on these questions.

In this vein, we organised a Trans Solidarity Workshop, which was held on 20 August and had about 50 Labour members in attendance.

We had three fantastic speakers: Laura Carter, who’s an expert adviser for Amnesty on Sexual Orientation and Gender Identity; Roz Kaveney, who’s a prizewinning writer, poet and was deputy chair of Liberty in the 1990s; and Liz Ridway, who’s a broadcaster, theatre worker and activist who started #LwiththeT (lesbians expressing their solidarity with trans people).

We had a significant amount of questions and discussion from the floor as well. Even those of us who have been active in making solidarity with trans people for a while learnt a lot.

Sadly, we did have a couple of disruptions to the meeting, ironically from people we think are cisgendered men, who were aggressively shouting in women’s faces, telling us that it was oppressive to women to hold the meeting and that we weren’t allowing debate – despite it literally being an open discussion.

We organised this with the input of the newly-formed LGBT+ Forums in Tottenham and Hornsey and Wood Green.

We hope to hold more educational events, to do more campaigning, and to agitate in support of trans rights.

Labour members in Haringey should get involved – you can email me to discuss.

I would also encourage people in other areas to do similar work, and to get in touch if they want to ask anything or if they would like any help organising a meeting.

My email address is misskeharris@gmail.com