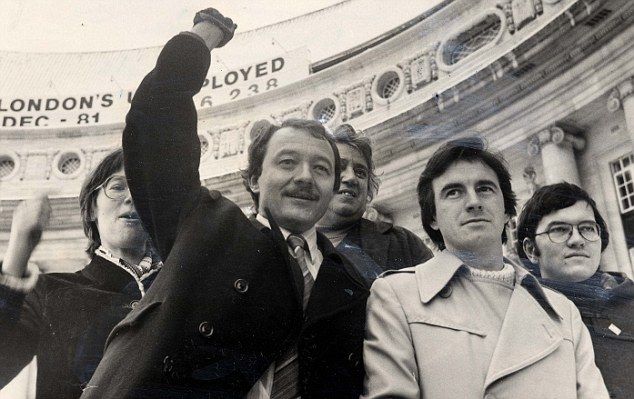 This article, entitled “Rate-capping – Open up the second front” was published in 1985 in Labour Briefing magazine – when John McDonnell was Deputy Leader of the Greater London Council. GLC Leader Ken Livingstone sacked McDonnell as part of his rapprochement with the Labour right on the GLC, backing down from confrontation with Thatcher. Thanks to our editor Simon Hannah for finding this.

The miners’ strike is now in its most critical stage. After more than 11 months of struggle striking NUM members and their families are experiencing extreme hardship. The Coal Board, assisted by the media, is trying to undermine the determination of the strikers by massively exaggerating the return to work figures and refusing to negotiate on any terms acceptable to the union. Despite the failure of the Labour leadership to give firm support for the strike, the party’s rank and file members in areas like London have firmly backed the strikers in terms financial support and by joining picket lines. Now the Labour Party in London can make its most vital contribution to the dispute by opening up a second front against the Government on rate-capping.

Budget day for the London rate capped boroughs (Camden, Islington, Greenwich, Haringey, and Lambeth, Lewisham Southwark), ILEA and the GLC is Thursday March 7th. Although there are a whole series of legal challenges being undertaken against the Government by Labour local councils on rate-capping, it is likely that the High court judges will perform their traditional class role of upholding Thatcher’s elected dictatorship. On the Councils budget day therefore it will be for Labour councillors to decide whether to implement the rate capped budget for London involving about £400 million worth of cuts in services and jobs or to stand firm and refuse to make a cuts budget.

The London Labour Party’s Regional Conference on Rate-capping urged Labour councils in London to take on the Government and not to set a rate. If London’s Labour councils stood together in defiance of the Government’s demands for cuts there would be a major constitutional crisis which would make Poplar and Clay Cross look like minor skirmishes. It is vital for comrades to demonstrate active support for their local and GLC councillors who are determined to uphold party policy on rate-capping and refuse to set a rate. It is equally important that comrades apply pressure on those councillors who are potentially likely to renege and support compliance with rate-capping in order to persuade them to stand firm.

Labour councillors have known this struggle has been coming for two years.

If they had any doubts about standing firm against cuts they had the option to stand down and allow the party to replace them. If they haven’t taken this get-out, the onus is upon them to support party policy not to set a rate.

It looks certain now that the ILEA and several boroughs will stand firm. On the GLC the recommendation to the Labour Group from the leadership will be to support the ‘no rate option and defy the Government. The budget debate in the GLC Labour Group will be on March 4th at 6pm. CLPs can send observers to this meeting and it is important comrades attend and lobby the Group. With only a Labour majority of 4 over the Tories it would be relatively easy for a few right-wingers on the GLC Labour Group to block the no-rate option in the full council chamber even if it is carried in the Labour Group. It is vital also therefore that comrades lobby the GLC council meeting on March 7th from 2pm onwards.

If the no-rate option is defeated in the GLC council chamber as a result of a betrayal by the right, the left will fall back upon a deficit budget and refuse to allow a budget to go through which entails any cuts. In the following weeks and months therefore guerrilla warfare will be going on at County Hall as the leadership and left members block any cuts proposals coming before council committees. At the same time we will be pushing GLC funds out to the Labour boroughs, who have stood firm on not making a rate, to ensure that they can continue paying wages for as long as possible.

We are now entering into a serious, indeed dangerous confrontation with the Thatcherite state. The aim of our struggle is exactly the same as that of the miners to protect jobs, services and our community. By throwing London into that struggle we can succeed not only in protecting our own community but also in standing by the miners in securing their communities. It is the responsibility of all comrades in the coming weeks to work fiercely towards holding Labour councillors to party policy of not setting a rate. If that option is defeated result of a betrayal by the right in some council chambers it then becomes the duty of comrades to support those councillors engaging in the bitter guerrilla tactics of blocking cuts line by line. Be there at County Hall on March 7th.