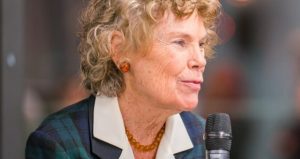 Sometimes, my MP, Kate Hoey, feels more like a politician who is referenced but never seen in the ‘Thick of It’ than a real person. However, the pro-fox hunting, eurosceptic, Ulster unionist, former Trotskyist Labour MP for Vauxhall has pretty much run out of any good will that members in the constituency had to give after recently voting with the government, possibly preventing a snap General Election.

Aside from her obscure – and often outright absurd – policy positions, Hoey’s history, and the fact she’s abhorred by a vast majority of Labour members in her constituency, tells a wider story on why more regular mechanisms for selections are needed in the party.

Every part of Kate’s political history is controversial, not least her selection for the Vauxhall by-election in 1989 when she was imposed on the constituency as the pro-Neil Kinnock candidate ahead of the members’ prefered choice, left winger Martha Osamor. By using the NEC to remove Osamor from the shortlist, despite all but one branches nominating her, Kate’s selection was part of a wider a plot to fight against the left-controlled Labour Lambeth Council and to dilute the left in the Parliamentary Labour Party (PLP) more generally (the seat was previously held by Bennite MP Stuart Holland).

After becoming an MP, her list of dodgy positions and controversies has become too long to list. However, the more famous ones include opposing the bans on fox-hunting, handguns,  smoking in public places, and devolution, support for grammar schools, marriage allowances, and English votes for English laws. When it comes to controversies, she offered to be an adviser to Boris Johnson a week before the 2008 Mayoral election (later going on to do this work), chaired the countryside alliance despite being from an inner-city constituency, went on that boat and took photos with Nigel Farage as part of the EU referendum leave campaign in 2016, accepted donations from Arron Banks, wrote a dog whistle tweet about Syrian refugees in the UK, openly praised Green candidates in the recent local elections, called the Good Friday Agreement ‘unsustainable’ at a time when hard brexiteers were attacking it, and has praised both Theresa May and Arlene Foster on various occasions.

In many ways, Kate was not originally too out-of-place for her era. As a Kinnockite MP in the late 80s, ‘Old Labour right’ views such as euroscepticism and social conservatism were more commonplace in the PLP. However, as time moved on and the eras of Blair, Brown and Miliband turned into the current Corbyn Labour Party, Hoey’s politics remained stuck in a time that most of us either don’t remember, or have forgot.

In the 2017 election, many in Vauxhall CLP found supporting Kate too unpalatable to consider doing, even if they would eventually hold their nose and tick the box that says Labour on polling day. On the other hand, there were others like myself (and people from all factions, it’s worth mentioning) who decided to be critically supportive, partly on the basis that losing the seat to the LibDems might mean them holding it for a generation like they did in Bermondsey, but primarily because Kate made two promises to activists and the electorate.

The first was a commitment to the 2017 manifesto. She claimed in one hustings event that the manifesto was the best she’d ever stood on. This was important because, despite our political differences, retaining a Labour Vauxhall MP would mean a vote in parliament for a socialist programme. Secondly, Kate claimed that she supported the party position on Brexit in parliament and also said she would back legislative amendments with Jeremy’s name on (see more about all of this in my recent Labourlist article).

What followed in the year after this was a series of broken promises. On the various Brexit legislation, she’s voted with the government more than the Labour whip, voting against things like a ‘meaningful vote’ on the Brexit deal, supporting the ERG and DUP amendments to the customs bill and, most recently, voting against an amendment to clause 18 of the trade bill that could have sunk the government. In a letter sent to constituents during the election, she pledged to protect the rights of EU nationals in the UK, though voted against an amendment to do this in the EU withdrawal bill.

In many ways, I don’t hold a grudge purely because Kate had the nerve to rebel against the leadership, rebellions on the basis of principle were the modus operandi of Jeremy Corbyn’s time in parliament before becoming leader. I don’t even necessarily agree with every element of the Labour leadership position on Europe either. But, ultimately, her rebellions on Europe not only broke her pledges to the electorate, but they’ve propped up a weak Tory minority government. What’s worse, she has not campaigned for a hard brexit on the basis of any potentially debatable left wing principles, but rather conspired with the Jacob Rees-Mogg and her friends in the DUP.

Hoey’s action over the course of the last year are not those of someone who claims to be a socialist of any kind and they are not actions the labour movement should tolerate within its political wing, which is designed to give working class people a voice against the forces of reaction which she continues to campaign with.

When it comes to the issue of reselection, many defendants of the current ‘trigger ballot’ system claim it is sufficient. However, when this was used against Kate in 2014 she managed to avoid an open selection after allegedly managing to mobilise dormant party members to attend their branch meetings. Similarly, in 2017 after MP-CLP relations had reached an all time low, the snap nature of the election and NEC ruling on current MPs being automatically reselected meant that once again, she managed to remain a candidate without a single member getting a voice on the matter.

Overall, the actions of the NEC in the 1980s to exclude the members’ chosen candidate and to impose Kate have led to a position where an MP so clearly out of touch with both her constituents and the local party can cling onto a safe seat for nearly 30 years. For me, this is one of the reasons why having a mandatory reselection process is so vital.

MPs, by nature of their role, have considerable influence and power compared to the average person, not to mention a salary that puts them in the top 1% of earners. It seems peculiar, therefore, that a party based on the idea that power should sit in the hands of the many and not the few would have a system that entrenches the position of those who managed to win a selection decades ago.

Although it may seem like the more extreme of the cases, Kate Hoey’s tenure as Vauxhall’s MP shows how the current system can create gulfs between activists and their representatives and leaves little recourse should that MP decide to work for the forces of reaction, rather than to better the labour movement.