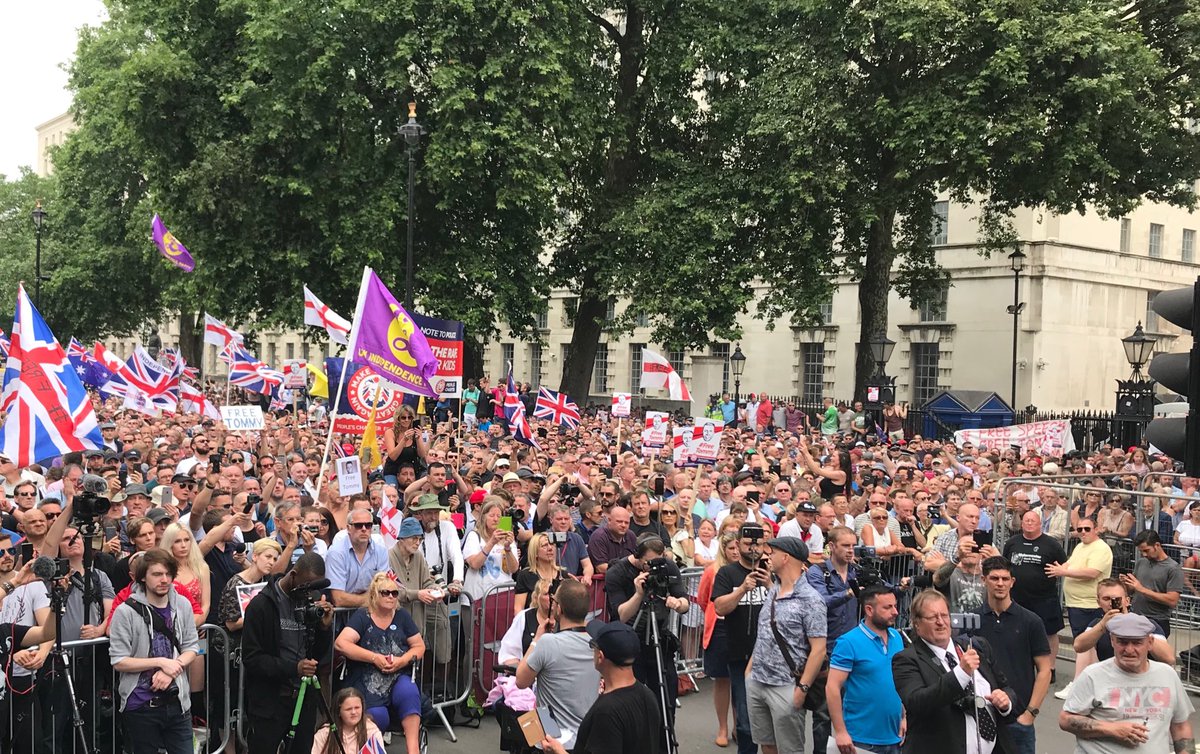 The rise of the far right across the globe unveils the critical challenge facing the Left: how do we break out of our parochialism?

The Free Tommy Robinson demonstration on Saturday 14th July demonstrated the web of links the British far right have to their counterpart movements in other nations, speakers included Geert Wilders from the Netherlands, and Swedish far right politician Kent Ekeroth. Transnational financial assistance is becoming increasingly more common, the US far right think tank Middle East Forum has played a role in funding Tommy Robinson’s legal case, as well as the demonstrations.

These links are not limited to street movements, but amongst far right politicians who are increasingly in positions of power across the E.U. Viktor Orban, the Hungarian Prime Minister who fenced off all of Hungary’s borders with Serbia and Croatia, now finds an ally in Matteo Silvini, the Italian interior minister who blocked migrant rescue ships from arriving in Italy’s ports. At a governmental level and on the streets, the far right is mobilising and garnering success at an international level.

This bears stark dangers for socialists. International protest movements have mainly collapsed since 2010 coupled with a weakened sense of international links. For many coming into socialist politics today, the internationally coordinated anti-war protests in 2003 are distant, if present in their consciousness at all. The wave of student occupations in 2009 sparked by the Gaza massacre, calling for universities to divest from arms companies, has not witnessed a continuation of its legacy in student activism today, even following the Israeli attacks on protesters earlier this year. Whilst there is awareness and interest in other nations’ leftist politics – the rise of Jeremy Corbyn being eagerly observed by socialists in Europe as well as in the USA – it often fails to materialise into long-term and sustained coordination. There is knowledge that that the institutions which safeguard and further the interests of capitalism are properly international: the EU, the World Trade Organisation, the International Monetary Fund, yet there is a complete deficit in international responses.

Perhaps there is a political question of why internationalist political practice matters. This may be best answered by the example that every activist will be familiar with: the picture in solidarity with a struggle happening elsewhere. Some may be dismissive of it, that there is no practical point to a group of students in London posting a picture of themselves standing in solidarity with students at an occupied university in Warsaw. But we know it has a purpose – it demonstrates common interests between people across borders, and it allows us to imagine a more expansive community of people in struggle. To pay attention to what happens elsewhere is not simply a matter of keeping informed, it is a matter of claiming a stake in and recognising the existence of a political project that goes beyond your own borders.

The solidarity picture is undoubtedly limited. It is sporadic and reactive, recognising events as they take place, rather than calling them into being. International coordination requires sustained communication over a long period, it requires working together beyond critical moments when it all kicks off.

There are important distinctions between the transnational links of the far right and the Left, broadly defined. The base of the far right is much more diffuse, and links are built between political and financial leaders. In the Left, for international coordination to be both successful and enduring, it must have deeper roots than the top layers of the movement. We need to be able to think internationally at a branch level, our conception of ourselves as part of a wider project should be represented in the real ties we have to activists in other countries. In order to underpin this work, we need to be encouraging people to learn languages (not just European ones!) and use their existing language skills in building up transnational networks.

In sketching out the international possibilities we have, the key requirement cannot be elided: organisation. Without organisation, there is nothing to sustain links made from one protest movement to another, we are not building international institutions so much as international moments. The Labour Party, to the extent it has this function at all, has a lot to learn quickly in terms of organising on the streets. (Certainly if the Labour Party was capable of mobilising for anti-fascist activity, the Free Tommy Robinson demonstration would be significantly more outnumbered than it actually was).

Our guiding principle must be: internationalism is by deed, not word. It will be long and hard work –  but the only way any socialist project worthy of the name can succeed.