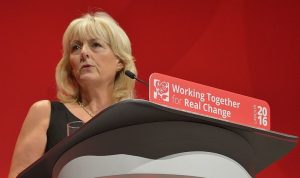 The Labour Party is right to engage with the International Holocaust Remembrance Alliance (IHRA) guidelines as a living document (something to be engaged with, discussed, analysed, interpreted and expanded upon), and indeed this is what it would appear was intended by the writers of the IHRA guidance. It does not read as something intended to be a code of conduct, but rather as the basis for raising awareness and deepening understanding of modern antisemitism. Even the short 40-word definition (which is really the working definition according to the IHRA) is described within the guidance as “non-legally binding.”

But Labour has nevertheless tried to make it into a Code of Conduct as well as, it seems, putting in place the foundations of what could be an educational campaigning effort.

Labour’s document is based on the IHRA guidance plus a few points from the Chakrabarti report and some other sources.

However, the row now taking place can’t be seen outside of the context of a factional battle between the Jewish Labour Movement on the one side and Jewish Voice for Labour on the other. Both sides appear to have lost sight of the content and purpose of the IHRA definition and guidance. They see it as an icon, a symbol which now has significance beyond what it actually says, either a sacred text to applaud and venerate or a source of evil to despise and condemn. For the JLM, the IHRA “full definition” is a symbol of taking antisemitism seriously. For JVL, it is part of an orchestrated attempt to restrict criticism of Israel and support for the Palestinians.

Labour has produced a document that confirms its adoption of the IHRA definition and basically reproduces the substantive points from the IHRA guidelines but with additional points and commentary.

JLM is determined to condemn this because they wanted Labour to adopt the exact wording of the IHRA guidelines, word for word. This has been the clear demand of the JLM, Jewish Leadership Council and Board of Deputies of British Jews. This condemnation is despite the fact that Labour’s new guidelines are clearly based on the IHRA guidelines and include all the substantive points (except maybe one – see below). This could be called the Morecambe and Wise objection – the new guidance includes all the right points, but not necessarily in the right order.

JVL welcomes Labour’s new guidelines precisely because it’s a departure from the exact wording of the IHRA guidelines, even though they know that they include the same content. They see them as providing more protection for free speech and the right to criticise Israel than the IHRA wording. More tactically, they also seem to welcome it because a) it comes from Corbyn’s allies and they want to support Corbyn’s leadership, and b) the opposition of the JLM has opened up the political space to allow them to give support.

So both sides are now spinning the document to be a bigger departure from the IHRA guidelines than it really is in order to have a faction fight about something symbolic rather than something real.

It’s probably the case that Jennie Formby, with the authority of Corbyn’s closest advisers, made a deliberate decision to adopt the IHRA guidance in substance but not in appearance in order to offer something to both sides. Broad agreement with the approach of the IHRA guidelines but without simply signing up to the IHRA text and responding to concerns that it could be interpreted in such a way as to limit criticism of Israel.

It isn’t true that four of the 11 examples have been left out. They have been addressed in different ways, some more thoroughly than others. The seven examples that are quoted directly from the IHRA guidelines are described by Labour’s Code of Conduct as “likely to be regarded as antisemitic.” This may seem to be an understatement when describing holocaust denial, for example, but it’s a tougher standard than the IHRA guidelines which say that it “could, taking into account the overall context,” be an example of contemporary antisemitism.

Labour’s guidelines go on to say:

These points effectively include three of the four IHRA examples that were not listed with the other seven. The one remaining example is “Applying double standards by requiring of [Israel] a behaviour not expected or demanded of any other democratic nation.”

This is addressed in a different way:

This explanation of what “is not racist” leaves open whether or not it would be antisemitic to apply such a double standard, only noting that it is not racist if a fair and consistent standard is applied.

• For some notes by Dave comparing the Labour and IHRA guidelines in detail, see here.