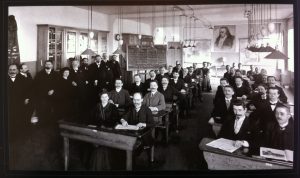 Almost everyone on the Left is agreed that political education is a necessary component of the Labour Party’s cultural and political renewal. Our attention has been drawn to the British labour movement’s proud history of autodidactism, the various initiatives such as the Plebs’ League and the National Council of Labour Colleges, and the transformative effect these educational initiatives have had on individuals’ lives. The lack of political education currently has immobilized the movement’s confidence and capacity for action; we have a mass membership but not a mass activist base.

There is also a clear consensus that the absence of political education imperils the success of the Corbyn project, without it our ability to organise to transform and democratise the Labour Party is limited: the danger is that we will win control in some sections of the political apparatus without fundamentally reconfiguring the constrictive apparatus. Moreover, we have to take seriously the morbid prospect of a ‘bureaucracy of the left’ forming like a carapace over the tightly centralised party machine that we have lacked the skills to fight.

However, it’s not enough to simply reiterate that we need more political education. We need to get to grips with what a good political education means: what kind of political education contributes to building the movement we want? The kind of education that seeks to “teach the masses and individuals intellectual and moral independence, to question authority, to take the initiative and personal responsibility”, in Karl Liebknecht’s aspirations, will look very different to the kind of education that seeks to train cadres to adhere to predetermined lines and follow instructions. These problems can be illustrated by examining the debates that took place amongst the German Social Democrats as they were building up their formidable educational infrastructure.

It is not my intention here to put forward a programme for political education or to blithely assert that the Labour Party in 2018 can be a replica of the SPD in 1906. It is merely to begin a conversation on different models of political education – to put the ‘political’ back into education.

The SPD’s Party School, founded in 1906, demonstrates most sharply how the territory of education can and must be politically contested in a party. From the outset, it was subject to sharp debates, both in party congresses and in the party’s journals. In the battles over the soul and direction of the party, the Party School was one of the strongholds of the Left, counting Rosa Luxemburg and Franz Mehring amongst its teaching staff, as well as Anton Pannekoek. The degree of the Left’s influence on the political content of this school is shown by its changing curriculum: in 1908, the history of socialism was added as a subject, on Rosa Luxemburg’s initiative.

The nature of the project subjected it to constant criticism from its very first year. The attitude of the revisionist wing was best summarised by Max Maurenbrecher who remarked: “Whoever wants to talk about value theory has to be familiar with Thomas Aquinas, Ricardo and Karl Marx at least” and coming to the conclusion that “theory frequently has the actual effect of killing the power to come to conclusions and to take action”. Eduard Bernstein, the theoretical leader of the revisionist wing, attacked the Party School for being ‘doctrinaire’, concluding a 1907 article by stating “The party’s task is not, as such, to solve scientific problems, but it has a right to the scientific truth, it has a right for its educational establishments to teach things as they really are, not bend the facts for the sake of a preconceived doctrine”. In other words, Bernstein thought that the School ought to be teaching objective and value-free sciences, rather than teaching socialism.

For their part, the trade unions, whilst not usually directly intervening in debates, gave the party school a cold shoulder by leaving many of their spaces at the school unfilled, year after year. However it would be too easy to decry the criticisms as being anti-education, their criticism were against a particular kind of education. The perspective was not “what’s the point in learning?” but rather “what’s the point in learning theory?” The Party School, for those like Bernstein, Eisner and Maurenbrecher, represented an opportunity to impart elementary, factual information, not trouble students’ heads with difficult political problems.

The radicals, many of whom taught at the school, in answering these objections, set out to demonstrate why theoretical knowledge is relevant. Anton Pannekoek, who gave up his university post in Holland to teach at the school, wrote after its first year “We make use of the theories of socialism not alone to argue with the bourgeois parties, but also in order to correctly determine our own tactics… wherever this knowledge is lacking, tactics will be governed by established tradition or by superficial empirics.” For Pannekoek, knowledge of socialist theory was necessary in the party in order to give the movement the capacity to act independently and coherently.

Luxemburg, in her response to criticisms of the school at the 1908 Party Congress, argued: “As a fighting party, the history of socialism is the school of life…the proletariat knows the hard facts from its everyday life…What the masses lack is general enlightenment, the theory which gives us the possibility of systematizing the hard facts and forging them into a deadly weapon to use against our opponents.” This was a spirited defence of the institution and sharply defined what Luxemburg understood to be the distinct utility of a socialist education, in contrast to general educational efforts that had been established in the labour movement. The history of socialism was not dead for her, it was not a subject to be dryly taught as a matter of accumulating facts and dispassionately analysing a distant past. She recognised socialist history to be an active spirit which gives our movement meaning and purpose.

What we are talking about is differing relationships to theory and history. If theory and history are regarded as outside the realms of practical activity, outside the day-to-day struggle for existence, it makes sense to complain about spending huge amounts of resources in facilitating the study of theory for rank-and-file organisers. However, when theory and history are viewed as living forces, as comrades with whom our movement is in an ever-present dialogue, it becomes clear that they cannot be neglected without loss to ourselves.

Yet the best demonstration of what the Party School could achieve of a project comes not from the words of its teachers, but from the legacies of its students. In a 1911 retrospective of the Party School after 5 years of its existence, Heinrich Schulz recorded the debts students owed their school experience: “A trade union official observes that he learned how to conceive of phenomena in economic life better through his school instruction, another gained a deeper insight into the whole political and trade union life, a third traces back his greater confidence against political and economic opponents to the school”. The school, when it succeeded, was a training in how to think, not what to think.

We can observe this legacy in the political trajectories of the students of the 1912 course. Four students (Rosi Wolfstein, Gustav Naumann, George Schumann, Karl Schulz) became Spartacists in the course of the First World War, as the majority of German Social Democracy succumbed to supporting the war or floundered helplessly. Rosi Wolfstein’s anti-war activities in particular earned her a two month prison sentence at the end of 1916. Wolfstein’s political development cannot solely be attributed to attending the party school, however, she herself acknowledged its influence, writing an article titled “Rosa Luxemburg as a Teacher” in the Junge Garde (paper of the communist youth wing) in 1920. It is the legacies of students like Wolfstein that provide us hope and some basic rudiments for building the kind of political education which can teach us the political and moral independence that we need.

It is important to note that the Party School was not the be-all and end-all of German Social Democracy’s educational efforts, nor was it representative of educational associations and workers’ libraries at a grassroots level. The Party School had been designed with a specific function: to provide training and a political grounding for future editors, agitators, officials and organisers to man the vast infrastructures of social democracy. Yet the debate it incited within the party illustrates the political questions which arise when we seriously consider the shape that political education should take.