When Labour announced a £35, one-day festival of “music, arts and politics”, many wrote it off as a daft idea, one that would end in an abysmal flop. The media postmortem has mainly stuck with this line, or focused on a Brexit rebellion by For Our Future’s Sake. As an attendee, though, the crowd it accumulated seemed to signal a success. I do doubt if we will ever be privy to the financial situation, or whether the slashing of ticket prices meant the plan was to just cut their losses. But were there, as Nick Ferrari claimed, “more journalists than people”?

Despite the festival clearly having had some trouble taking off behind-the-scenes, the atmosphere on the ground was good. People were lively and the Unite ice cream van had Len McCluskey serving free 99ers with a music box version of Red Flag in the background. One noticeable fly in the ointment was that the schedule, what was printed in the pamphlet, what was on notice boards and what actually happened rarely coincided. 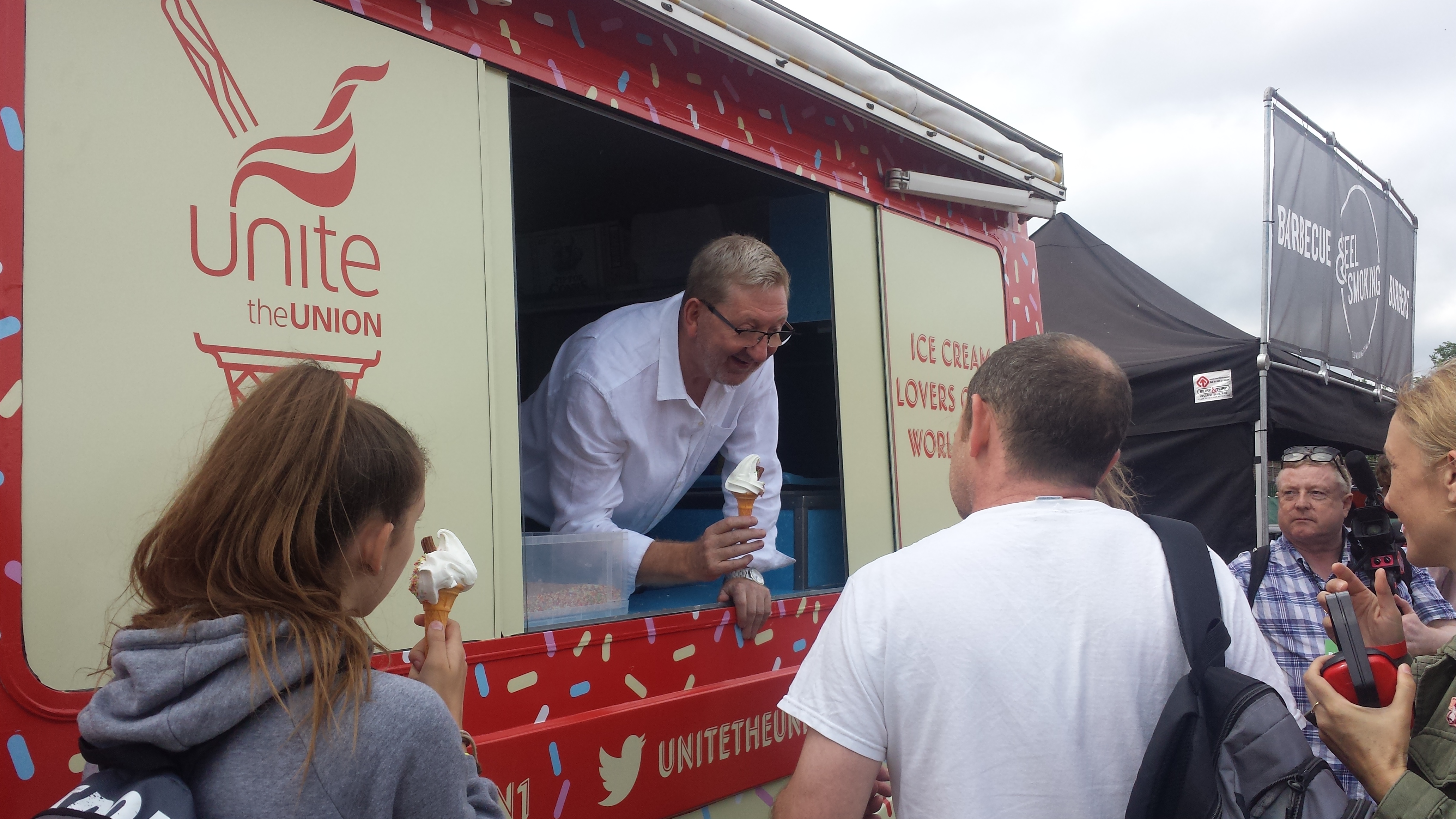 Labour fans had the benefit of having almost unrestricted access to their favourite political figures – a sizeable portion of the Shadow Cabinet and notable Labour supporters could be found milling around with the punters, happily chatting and posing for selfies. John McDonnell seemed to draw the line at being berated by a hungry man for the lack of catering, though, and made a speedy exit past five food trucks! This meet-and-greet aspect almost gave Labour Live the feel of a ComicCon for democratic socialists, and as with ComicCon, the crowd for the star guest was massive. Guests and journalists alike followed Jeremy Corbyn around in a great huddle of about 100 people. Photographers were seen nimbly clambering over picnic tables backwards to get a good shot. Onlookers jokingly hoped the vultures from the tabloids might take a tumble! (They didn’t).

The highlights was the two circus tents, Solidarity and The World Transformed, and a marquee Literary Tent, all devoted to panels, talks, spoken-word and discussions. These ranged from fairly predictable affairs of Q&A sessions where the questions were never quite answered, to more ‘out there’ events such as a discussion in the Literary Tent called ‘Rise of the Robots’ (with Nick Srnicek, Wendy Liu and Aaron Bastani). This panel talk gave serious thought to a future of true artificial intelligence, UBI and fully automated luxury communism.

Another highlight was a blink-and-you’ll-miss-it speech in between discussions by new Haringey Council leader, Joseph Ejiofor. Whilst having a slightly tragicomic tone, with almost the entire audience using his five minutes to take a bathroom break, his speech was enlightening as to the new direction in Haringey. It certainly provided an interesting education on the future of the London borough we were in after the awful Blairite-led Labour Group and their Haringey Development Vehicle. As he concluded: “watch this space to see what a ‘Corbyn council’ can do!” 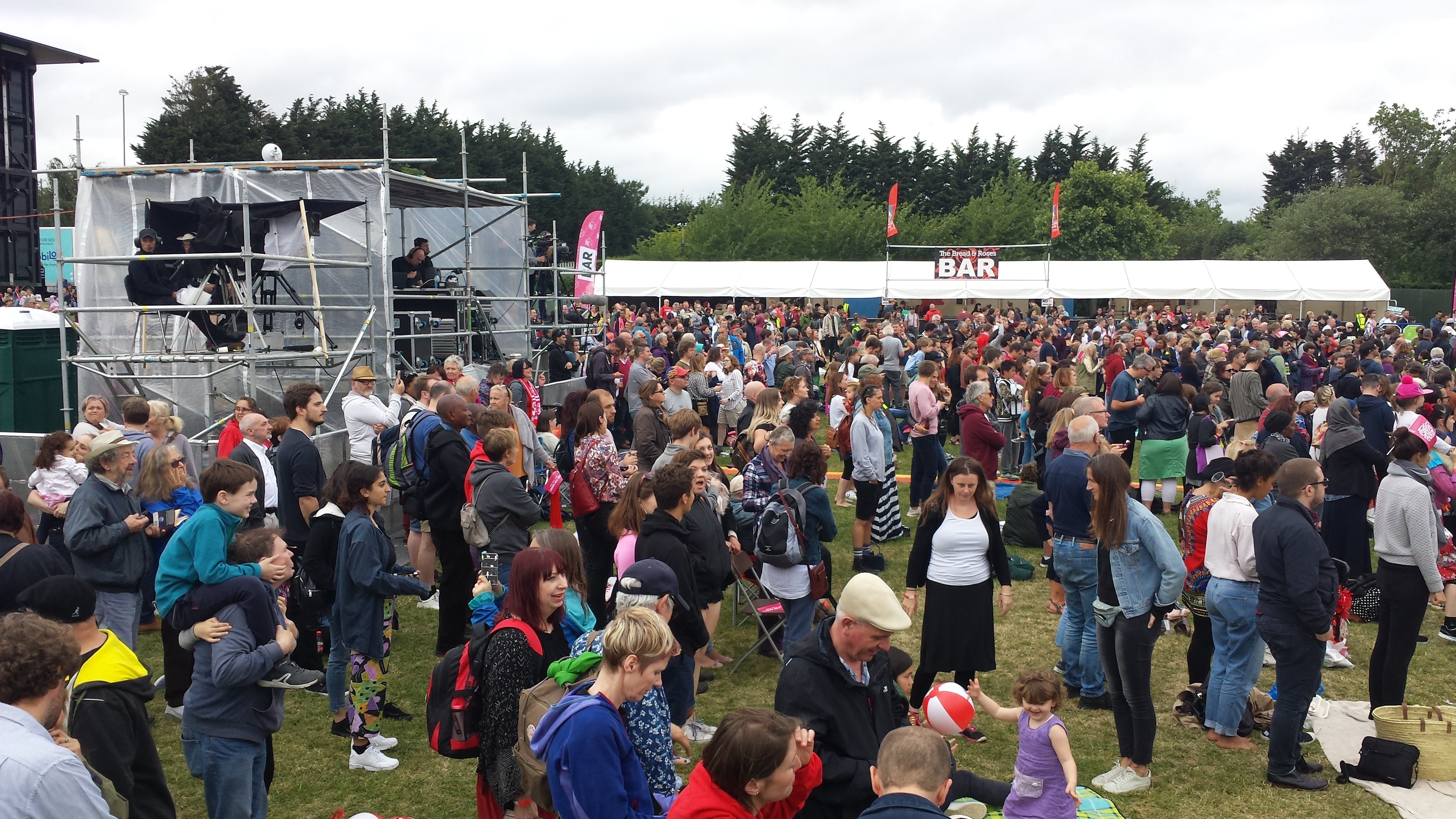 There was a feeling that Labour Live didn’t quite know what it was though. Was it a midsummer version of the Conference fringe? Was it a way of getting a different crowd along with music as a gateway drug? Was it a series of musical warm ups to Jeremy Corbyn giving another rousing speech? Was it a socialist education event?

In my mind, it has to answer those questions if it is to have a focus and a future. Perhaps a smaller scale festival, with a more even split between performance and discussion would be a good idea? A dialled-back portable format, taking its cues from Corbyn’s blockbuster 2017 election speaking tour, would engage the rest of the country outside London, and let them enjoy the good music and art, along with a healthy dose of political education and lively debate.

Oh, and as for the much-hyped Brexit protest? On the ground it amounted to a handful of activists giving out a sizeable number of “Bollocks to Brexit” stickers, wearing EU t-shirts and waving banners. For those who have been to any political event since 2016 will know, this has now become rather common. It certainly wasn’t the mass anti-Corbyn rebellion it’s been made out to be.

All in all, the event did do what it said on the tin, and brought people together for a day of music, arts and politics. It drew in a fair crowd, and the music and discussion definitely entertained its guests. If Labour Live was financial failure, I’d rather the party wasted its money on something as fun as it was than on taking itself to court or carving more Edstones.