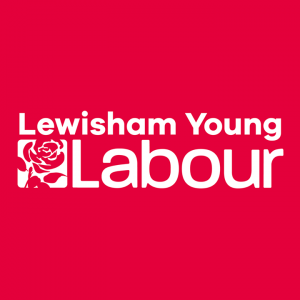 The first moves to set up a Young Labour group in the London borough of Lewisham began in late 2016; they were stepped up in late 2017 (I moved to Lewisham at the start of that year). We struggled to get the group up and running but began to make some progress, with fairly regular meetings and activities. Then, at our AGM on 20 March this year, we had a new influx of people. The result, however, was not the burgeoning of Lewisham YL but its shutting down!

You may have heard about the drive to split Lewisham Momentum out of hostility to its critical-left leadership and a desire for a politically safe group that does not think independently or raise criticisms. These tactics, driven by the Stalinist ‘Red London’ group, were pioneered in Lewisham Young Labour, and by some of the same people. At the AGM, there was a clear, determined and unfortunately successful attempt to remove those who had done the bulk of the work up to that point from the committee, because of our political views.

Ok, so I’m not on the committee. Doesn’t seem reasonable given how involved I was getting the group going, but does it really matter? I and others can still go to meetings and be involved, right? No, in fact.

Before the elections took place, the AGM voted unanimously to hold regular organising/planning meetings open to all young Labour members in Lewisham. No one argued, at the AGM or in the run up to it, that there shouldn’t be meetings. As soon as it has been elected, however, the new committee voted to not hold any open meetings. Although nothing public has been said about this, the claim has been made that such meetings would violate Labour Party rules!

This is so bizarre it takes a second to know how to respond to it, but to be clear:

1. This is totally untrue; there is no such rule;
2. The vast majority of, perhaps all, functional Young Labour groups hold regular open meetings. That’s almost the definition of what a YL group is.

It is now over two months since the AGM and there have been no meetings of any sort, not even public meetings [note, 22 August 2018 – it is now five months; and there has not been any post on the Facebook page for over two months either!]. After some fairly desultory mobilising during the local elections, Lewisham YL has simply stopped functioning, despite now having more people ‘involved’. The only thing planned is a joint event, in a month’s time, with the split Lewisham Momentum group.

Who knows how decisions are made?

The other thing the committee did was to delete every post, photo and event posted on the Lewisham YL Facebook page before they took over. How bizarre and creepy is that?! When asked they claim some pictures could have got the group in trouble with the Labour Party, without specifying what; in which case, why not just delete those particular pictures?

This is another example of the results of the deranged factionalism that has been unleashed in Lewisham – the Young Labour group, instead of being strengthened, has been effectively shut down.

I know for sure not everyone on the new committee agrees with what has happened, and hope they will challenge it, so we can get or at least work towards getting the campaigning Young Labour group that we need in the borough.

Let us know what you think? Write a reply? Email theclarionmag@gmail.com. We specifically offer anyone from the Lewisham Young Labour committee the chance to write a response, which we will publish.