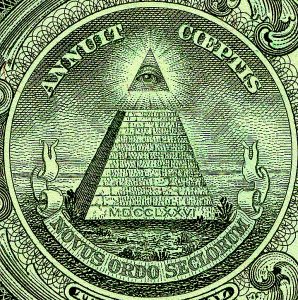 There is a real and damaging tendency towards conspiracism in largely internet-based ‘leftwing’ circles. Most recently,this has been applied to official explanations for events in Salisbury and Douma. In the plethora of groups and pages that comprise the online milieu, videos and links are posted questioning the official versions of these events. In the case of Douma, the Putinist myth that the rebels have gassed their own in order to spur a more strident Western intervention into the Syrian war appears to have some purchase in parts of the milieu.

Healthy scepticism is a must for anyone on the left, but it must be married to an ability to use reason and discern facts. It is right to question official versions of events and to attempt to determine the real motives of our governments, but some people appear to abandon reason in favour of a world view in which RT, the propagandists formerly known as Russia Today, come to be seen as speaking truth to power even while BBC journalists are denounced as state lackeys. Likewise, conspiracists like Alex Jones of Infowars or the infamous David Icke, who do little but repeat bigoted prejudices,somehow transform into tribunes of the people and their material is shared around by self-defined socialists.

Of course, the presence of reactionary conspiracist attitudes on the left is not new, as the recent debates around left antisemitism have reminded us. It is, however, worthwhile examining their latest manifestation that has such a bearing on the political climate in which we are operating. As alluded to, one contributory factor is an absolute distrust of any official source, about almost anything. This is perhaps the easiest to understand, particularly in the field of foreign policy; centrists with short memories who express puzzlement at the rise of the sorts of attitudes we are examining appear to have forgotten that, not too many years ago, the country was taken into a disastrous war on the basis of fabricated intelligence that was pretty much unquestioningly reported as fact at the time. A longer-term cause of conspiracism has been the political atomisation, over decades, of many of those holding leftwing views.The all-but disappearance of organised labour as a significant social force in the lives of most people, following the defeats of the 1980s,took with it a culture of collective discussion, political education, pamphleteering and quality socialist journalism that has not been rebuilt.

In the last decade social media, including its worst aspects, has rushed into the resultant vacuum. Many leftwingers are proud of not getting their information from “the MSM”. Examine a lot of the content, however, and you’ll see that it isn’t socially-produced citizen journalism, but merely old fashioned news or propaganda from different state/corporate sources, like RT, or a relatively small number of websites. The Russian state and its agents are not the only ones who are playing this system and exploiting this desire for “alternative”sources, but they are good at it.

Conspiracism on the left is compounded by the fact that we often appear to have given up the teaching and learning of a structural analysis of capitalism in favour of simpler and quicker explanations. Conspiracism is bolstered by, for example, the sort of shallow analysis of the last recession that blamed ‘greedy bankers’ or ‘the 1%’ – effective for short term sloganeering but ultimately helping to foster a view reducing complex social relations to a few bad individuals pulling society’s strings. Leftwing alt-media further encourages this, with sites like Skwawkbox and The Canary appearing to view everything as a manichean struggle, a Hollywood script of goodies versus baddies both inside and outside the Labour Party.

Any socialism worth the name must begin with a material analysis at how society around us works so that we can identify the best ways of changing it. Grassroots educational initiatives that make a conscious effort to tackle big ideas and complex concepts should be welcomed. Group learning and discussion should replace atomisation and denunciation. For example, a discussion about how the capitalist media functions would have to acknowledge that the idea of rejecting everything published by “MSM”sources out of hand is just as credulous as believing it all. It would acknowledge that in the media, as in other industries, there are struggles between workers and bosses over what gets produced and how, as well as links between the media, capital, and the state that should of course be criticised.

Likewise, when taking on our political opponents in the labour movement we should examine the historical development of their ideas and how they have come to be so influential, rather than dismissing them merely as alien interventions imported by a few bad people.

None of these proposals are particularly new or groundbreaking,in fact they merely amount to the reconstruction of the sort of political education previously done by the Labour Colleges movement, adapted for modern conditions. It is only through this work, however, that any further slide into conspiracism can be arrested.