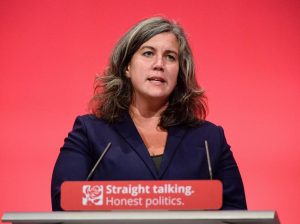 Just as we were about to publish this article, it emerged that the Labour Party has agreed an ultra-fast timetable for the Lewisham East selection – the shortlist will be confirmed on Monday 14 May and the selection meeting take place on the evening of 16 May. There is obviously quite a lot to say about that, and we will, but for now we publish the article as originally written before the timetable was announced.

It’s interesting when your area becomes the subject of frenzied analysis – or speculation – in the press and you get to see how journalists get things wrong or miss the point; but also how they sometimes know more than local activists! Understandably many people want to know what is happening in Lewisham East and what the Labour left here is doing. Here goes.

Heidi Alexander has been Lewisham East’s MP since 2010. She is very good at spinning herself. In 2015 and 2017 her vote went up significantly; she has spun this as being about her. In fact it is clearly a result of wider trends: in 2010 the Lib Dems were a strong second in Lewisham East and in 2015 their vote collapsed, with a big increase for Labour (and a proportionally even bigger one for the Greens). Then in 2017 came the Labour surge. Self-evidently nothing to do with Alexander.

Similarly, our MP has spun herself – in this case quite successfully – as being central to the campaign which saved Lewisham Hospital. In fact it’s nonsense. Her real attitude to grassroots NHS campaigners was encapsulated by her refusal to join the junior doctors’ picket lines at Lewisham hospital, which the Save Lewisham Hospital Campaign she claimed to have been the leading spirit of most certainly did do.

I think Alexander probably does have some personal following on the issue of Brexit, where she has pushed for a stronger anti-Brexit line from Labour, but it is far from clear that all such people actually vote for the party. Campaigning here in the last general election I was accosted by an enthusiastic Heidi-fan who nonetheless denounced me and said she would vote Lib Dem.

The idea that this resignation is a blow for Corbyn, as articles in the right-wing press are making out, is ridiculous. Alexander has been one of his bitterest opponents, resigning from the Shadow Cabinet, co-chairing Owen Smith’s leadership campaign and never losing any opportunity to denounce the leadership (and the membership).

Heidi Alexander has been a very effective organiser and leader for the Labour right in the constituency. Lewisham East is the only CLP in Lewisham still run by the right. Lewisham West & Penge has gradually gone over to the left; and after a long and hard-fought battle the left won a two thirds majority of General Committee delegates in by far the biggest CLP, Lewisham Deptford, at its January AGM. In Lewisham East the right maintains a four fifths majority on the GC.

This is not the place to go into detail but I think this is a result of their well-entrenched position; the degree of chicanery and aggression they are willing to use to keep it entrenched; a degree of demoralisation and paralysis on the left coming out of repeated defeats – and, undoubtedly, Heidi Alexander’s force of personality and organising ability.

(As an aside, the New Statesman cites Liz Kendall supporter Damien Egan’s victory in the Lewisham mayoral selection as evidence of the weakness of the left in Lewisham. But it is more complicated than that. Egan won by presenting himself emphatically as a left-wing candidate; he was able to do so because he began campaigning well over a year in advance, while the actual left candidate, Paul Bell, was rather slow to get his campaign going. After Lewisham Momentum got involved, the Bell campaign surged and, contrary to what the New Statesman says, Egan’s victory was relatively narrow; but the surge came too late.)

Labour First has presented Lewisham East as a model CLP, running a (rather desultory) speaker tour with former CLP Secretary and now Chair Ian McKenzie speaking on how they have defeated the left here.

But in fact all is not well even in their model CLP. The right has started to cede ground, sometimes feeling unable to oppose left-wing motions and finally accepting our insistent demand that wards have to meet regularly – which has been by no means a given in Lewisham East! Moreover, the left has started to get more organised. After hearing a speaker from Streatham Labour Left on the progress the left has made in that Progress heartland, the CLP left caucus agreed to launch a public profile as Lewisham East Labour Left and become significantly more active. Please check out the Facebook page we have just set up here.

Lewisham East Labour Left held a meeting to discuss these issues on 7 May, which included people from various sides of the recent row in Lewisham Momentum; and we are meeting again on 13 May, 7pm at Lewisham Irish Centre. For more information email the caucus convenor Anita Downs anitacmd@gmail.com

The left candidates mentioned so far, confirmed or unconfirmed, are:

It seems likely that there will be an all BME short list or the equivalent of one, so that rules in the first three candidates. I have seen it suggested in the press that Sakina has local support while the other two are only being promoted nationally. In terms of who, for instance, the leader’s office or the Momentum office want, that is still unclear (to me anyway). What is clear is that left activists in Lewisham East hold a variety of views; probably a majority are trying to work out what they think. Speaking for myself I want to find out more about the candidates, their records, their ideas and their views – particularly on Brexit and free movement, party democracy and expulsions, antisemitism, council cuts and the anti-union laws – before taking a decision about who to back.

If it is at all possible, the left in Lewisham East should unite behind a single candidate. If we do, we have a real chance of beating the right. Despite our relative lack of success so far in the CLP, it is very likely the case that a majority of members here voted for Corbyn. There is a real possibility (I put it no more strongly) that, given the chance, they will elect a left-wing, Corbyn-supporting candidate to be our next Labour MP