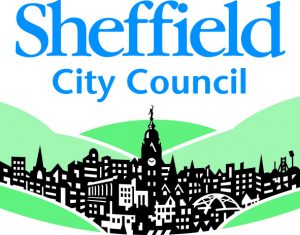 These numbers are a bit notional because the last election (2016) was all-out whereas this one was thirds.

As expected, the Ukip vote  collapsed so the other main parties all increased their share. Headline figures across the city are:

We gained the one Ukip seat that was up for election this year but lost City and Broomhill to the Greens and Crookes and Ecclesfield West to the LibDems. The LibDems also held Mosborough which they had gained in a by election.

The Labour vote increased most significantly in working-class heartland wards like Darnall, Woodhouse, Burngreave, and Arbourthorne, with the Tories also seeing significant increases in some of these areas, as well as Stannington ward.

The Liberal Democrats did not significantly increase their vote share outside of the wards they took, with the exception of Beighton. Their vote actually decreased sharply in some areas, notably Nether Edge (where I imagine some Liberals switched Green to keep Labour out) and my ward of Graves Park where Labour ran a really good campaign that cut the Liberal majority.

It was a good night for the Greens and their biggest increases came in the Central and Heeley wards (including a significant swing in Gleadless Valley).

None of this is particularly surprising given the tree situation and the polarisation of national politics but it is heartening to see the Labour vote holding up well across the city despite widespread dissatisfaction with the council in some areas.

The numbers are a bit funny due to the complete collapse of one party but we should note the concerning return of working-class Toryism – the Tories won a higher vote share in the South East wards than in Hallam.

Congratulations to all Labour’s successful candidates and commiserations to those who didn’t make it this time.

Feel free to get in touch with any questions about the numbers/your ward. I should stress that they haven’t been checked so there are probably mistakes in my calculations.