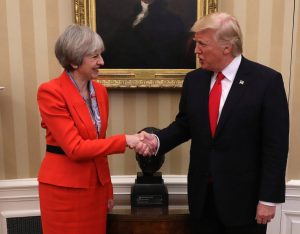 The chemical weapons attack almost certainly carried out by the armed forces of Bashar al-Assad against civilians in the town of Douma, outside Damascus, was the action of a criminal regime.

That does not mean socialists should back the Western bombing which took place a few days before we went to press. We should not mourn the destruction of chemical weapons facilities or the degrading of Assad’s military machine, but it is hard to see what positive role such bombing can play more generally.

The decision to bomb looks less like genuine concern, much less a worked out strategy for doing anything to improve the situation, but a show of strength. If the UK, US, and French governments were serious about the humanitarian situation they would open their doors to the millions of Syrians living in inhuman conditions in refugee camps. In fact they won’t even take the unaccompanied children. They would oppose all dictatorships, rather than back those friendly to them.

Socialists should not necessarily be concerned about international law, particularly when UN rules give Russia, responsible for mass slaughter in Syria, a veto. The UN is a thieves’ kitchen. We should be more concerned about the question of democracy in Britain, and the fact that the government can launch action without parliamentary approval. We should insist that Parliament, the closest thing we have to representatives of the people in government, decides.

We should oppose attempts to whip up nationalist sentiment and appeals to national unity – coming all too strongly from the pro-bombing Labour right, but also sometimes from the Labour leadership.

When we oppose military action by our own government, that is not the be all and end all of the necessary “anti-war” politics. In the case of Syria, there is already a war and the vast majority of the bombing is being done by the Syrian regime and its foreign backers.