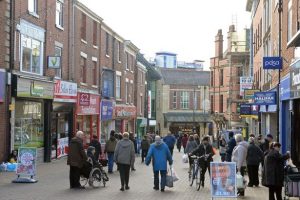 The Preston Model, the product of collaboration between The Centre for Local Economic Strategies and a number of public bodies in Preston and Lancashire, has been receiving nationwide political and press attention.

The Preston Model is based on an initiative in Cleveland, USA, in which cooperative businesses have been strategically developed to win contracts to supply local institutions. The theory is that through key institutions investing their available ‘spend’ with local businesses and especially cooperatives, wealth is kept within the local economy and shared more equally amongst the local population.

In Preston there is an attempt to promote the development of cooperatives through educational initiatives, cooperative networks and a business development hub. One aim is to educate young people and students to set up cooperative businesses to fill local procurement gaps.

There is obviously much to be welcomed here. Models that foster notions of equality, democracy and social responsibility are progressive when compared to the massive global corporations like Amazon or Starbucks.

Anchor institutions (local bodies that have capital to spend and are rooted to the local area) such as Preston Council and others have been trained in altering their procurement approaches to ensure a greater percentage of their spend is local and investment in cooperative initiatives is encouraged; this has been coupled with the establishment of Preston Council as a Living Wage Employer. This, however, does not extend to staff employed by contracted out services or to companies from which goods or services are procured.

Herein lies one of the problems with the local wealth creation approach. Small and medium local enterprises will be the biggest beneficiaries. But, small and medium businesses generally want to become larger businesses and compete with each other for contracts. One of the key ways to save money is to cut back on Labour costs.

While cooperative organisations may score better in terms of equality and workers’ rights, they still have to compete within the wider economy. Can they genuinely flourish without large subsidy when going up against leaner, cheaper options? Will they be forced into making their own cutbacks in order to compete?

What we need is change to ensure that councils and other bodies spending public money must ensure that companies from which they buy services pay the living wage and meet basic standards, such as recognising trade unions.

Anchor institutions procure goods; they also deliver services. But under conditions of austerity there simply is not enough money to pay for the services needed, no amount of local spending is going to plug that gap.

What we need is a commitment from Labour to restore local government funding to previous levels and legislation to enable councils to raise their own funds to invest and extend direct service provision.

This is the fundamental problem with the Model. It does not challenge the market. To improve services and keep wealth local by contracting out to better local organisations or cooperatives sounds good but the market operates on the basis of competition and the drive for profit. To advance the idea that we can create alternative local economic systems within capitalism is naïve and disorienting.

• Rosie was one of the key organisers of the London Momentum regional event on 24 March about local government strategy, where the Preston model was debated. We will carry a report of the event soon.