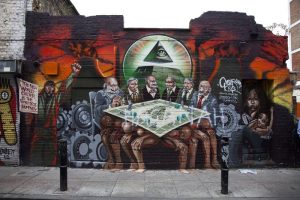 • This article was written before the publication of Corbyn’s letter to the Jewish Leadership Council and Board of Deputies.

To be a Jewish member of the Labour Party right now.

Full disclosure: I have always been firmly on the left of the Labour Party. I voted for Jeremy Corbyn in both leadership elections, I campaigned for him to become leader in the first place, and I am immensely proud of everything he and his team have done towards reforming our party, and bringing us closer to government.

I am also of Jewish heritage.

I am not of the belief, nor have I ever been, that Jeremy Corbyn himself is anti-semitic. I don’t believe that you sign as many parliamentary motions as he has condemning anti-semitism, have as strong a record as he does standing up to racism, or have so many Jewish Labour activists work for you and with you, such as James Schneider and Jon Lansman, if that is the case.

I myself would not have voted for Jeremy Corbyn both times if I believed him to have a single mean-spirited or racist bone in his body.

Nevertheless, what Corbyn’s comment on Mear One’s mural from 2012 highlights, is that historically, Corbyn has had something of a blind spot when it comes to antisemitism and antisemitic tropes – particularly when it has come from his friends.

While I fully accept Corbyn’s explanation that he did not look at the picture of the mural properly at the time, and is now glad that it was taken down, I cannot help but feel that were the mural portraying stereotypical imagery of any other minority, it is likely that he, and many others, would have noticed and condemned the image immediately. It is also not as if the antisemitic tropes present in the mural, including linking the Jewish businessmen and bankers featured with the Illuminati symbol, were subtle.

I understand the position that Corbyn is in. It is not easy for a party leader, not least one whose whole character is deeply entwined with fighting racism all their lives – and one who has a family history of opposing fascism (his mother was present at the Battle of Cable Street) – to admit having failed to spot antisemitism in some instances. However, expressing regret over this incident is not enough; incidents of antisemitism or antisemitic remarks from Labour members, including accusations against Corbyn himself, or criticism of his past association with antisemitic or alleged antisemitic individuals, have occurred too often for a simple statement of regret and disavowal of this mural to be enough.

That is why Corbyn’s Statement on Sunday night, expressly apologising for the hurt caused by antisemitism in sections of the Labour Party, was welcome. To apologise, and to acknowledge that there is a problem that exists, which has caused genuine hurt to members like myself, is a step forward. So, too, is the pledge by Corbyn to meet with representatives from the Jewish community in the coming days, weeks and months.

However, this statement came after the announcement that The Board of Deputies of British Jews, and Jewish Leadership Council, will be delivering a letter to the PLP before their meeting this week. It should not have to take a literal protest by members and representatives of the Jewish community in Britain for the leadership of the Labour Party to pledge to meet with them and discuss the issue of antisemitism, and to work harder to stamp it out.

I am of the view that the Labour Party has gotten significantly better in the last year at dealing with antisemitism in our party. We have worked with the Jewish Labour Movement to adopt more stringent rules around such discrimination, we have suspended and expelled many members found guilty of antisemitism and antisemitic remarks, and we have had the Chakrabati report (although the optics of Chakrabati receiving a peerage so soon after the report’s publication were pretty awful). The leadership have also gotten a lot better when condemning antisemitism, and have stopped using the qualifier of ‘all other forms of racism’ when condemning antisemitism – which I know irked me and many other members.

But we need more than just warm words. Corbyn’s apology and statements must be matched with strong and decisive action. Labour must continue to take strident measures against anyone found guilty of antisemitism or antisemitic remarks and behaviour in our party. The full recommendations of the Chakrabarti report should at last be implemented. I agree with Owen Jones, that a speech by the leadership on the history of antisemitism, and what Labour plans to do to tackle it on the modern day, would also be welcome.

However difficult it will be, it would also be a great and meaningful gesture for Corbyn to admit to having had blind spots on this issue in the past. Again, I do not personally believe him to be antisemitic, and like David Schneider, I believe Jeremy Corbyn has gotten significantly better on this issue over the last few years. I cannot see an incident with him such as that of the mural happening again today.

But just as admitting the problem in the wider party is an important step to finding the solution, so too would Corbyn admitting to past mistakes and oversights go a long way to highlighting the sincerity of his apology and regret, and his determination to tackle the problem head-on in future.

Finally, it would be of enormous help for Corbyn to not only lay out how he plans to deal with the problem (after consultation with the Jewish community), but also for him to write to members. Too many Labour members have claimed to me, to other Jewish members and to others, that there is no problem with antisemitism in the Labour Party, and that this is simply a plot by the right-wing press to undermine Corbyn, or by the right of the Labour Party to try and gain a factional advantage. Or, that antisemitism is simply being confused with legitimate criticism of Israel.

Whilst there may be some truth in the right of British politics and the Labour Party sometimes exploiting the issue, this does not mean the issue does not exist. Likewise, just because many members have not personally witnessed or experienced antisemitism, does not mean that it does not exist, or has been made up. Those members likely do not personally witness the crimes committed by the Israeli government against the Palestinian people personally – but I presume they do not see that as reason to believe it doesn’t happen? Likewise, with criticism of Israel – Jewish people are not idiots. We can tell the difference between condemnation of Netanyahu and his government and actual prejudice against Jews.

For Corbyn to write to members to highlight these things, and to ask them not to attack or condemn Labour members or MPs, of any faction, for raising or expressing concern about this issue, would be enormously appreciated. Too often this issue has been assumed to be just a stick for the right to beat Corbyn and Labour with; this dismisses the genuine hurt and upset that this problem has caused, to Jewish people within and without the Labour Party.

Labour, and Jeremy Corbyn, should acknowledge their shortfalls of dealing robustly with antisemitism in the past, while pledging that Labour can, and will, do better in the future, and show evidence of this. It will take more than strong rhetoric to rebuild trust with the Jewish community on this issue, and to convince them that Labour will always stand with them in solidarity.

I am of Jewish heritage, rather than faith, and as such have been as diplomatic as I can in discussing this, and trying to see the issue from both the leadership and the Jewish community’s perspectives. However, as the letter from the Jewish Leadership Council and Board of Deputies shows, many Jews are, and will be, far less forgiving.

I am fully committed to the Labour Party, and I will always respect Jeremy Corbyn and admire his courage, his character, and his leadership. I do not regret voting for and campaigning for him for one second.

But for me, and for thousands of other Jews, both within and without the Labour Party, we can, and must, do better.

This Friday, the Jewish community will be celebrating Passover – the commemoration of the Jews’ liberation from slavery in Egypt.

It would be a wonderful demonstration of our commitment to do better, if Labour, and specifically, Corbyn, was seen to be fully engaging with the celebration – more so than ever before.