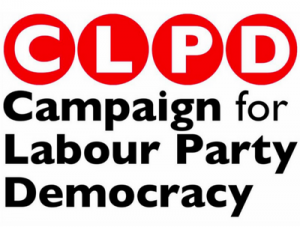 By Steve Price, Coordinator of the West Midlands Campaign for Labour Party Democracy

For many years, the West Midlands has been known as the heartland of the Labour right. It has also become notorious for its anti-democratic practices – sometimes borne out of sheer incompetence, but more often than not, politically motivated.

In terms of challenging this, the left has been keen to assert that it’s not really a simple issue of right vs left – it’s actually about fair, rules-based, democratic, transparent and accountable behaviour. It’s also about the need for West Midlands Labour to reach out and engage the many thousands of new members instead of deliberately alienating them.

Long time CLPD secretary and NEC member Pete Willsman came to our launch back in September, appropriately held at the regular meeting place of the large and very active Corbyn-supporting Abbey Branch, which also just happens to be in the constituency of Labour First’s very own John Spellar.

The September meeting attracted around 60 comrades, and since then there have been three similarly large meetings with other NEC members Yamsine Dar, Ann Black and Jon Lansman. Most recently, Chris Williamson MP joined us.

The early WMCLPD meetings were used to outline provisional plans, but more importantly to listen to the experiences of ordinary party members. By coming together in this way, we picked up a lot of new information and shared experiences. The meeting also gave real energy to the campaign by allowing people to tell their stories and express their frustrations. We heard from those who joined the party to support the Corbyn project, but have been ignored and treated with suspicion if not outright hostility. We also heard from others who have been around for a longer time and are now determined that things must change.

Even at the first meeting, the following issues all came up: constituencies (still) in special measures; recent Birmingham board abuses; subsequent Councillor selection problems in Birmingham; the blocking of left candidates from the panel; unacceptable freeze dates being adopted in other West Midlands branches and constituencies; abuses of the LCF and of Union affiliates to CLPs; undemocratic constituency organisational structures; inactive branches; CLP failures to engage with new members; crucially, how can we feed these issues into the party’s Democracy Review.

We formed task groups to do detailed work on the above specific areas, because if you’re going to challenge systematic abuse you need to build evidence and you need to strategise. The point of this mobilisation wasn’t just to vent, but to organise and drive real change.

Nationally, the CLPD has been campaigning to democratise the party for over 40 years and CLPD activists have done some brilliant work on the party’s Democracy Review. We set up West Midlands task groups to feed in a specifically West Midlands perspective. Just being able to discuss these ideas is a novel experience for many comrades who are more used to dull branch meetings consisting of councillors droning on about traffic management and dog dirt.

The WMCLPD has already seen success. Special measures have been lifted in four constituencies that had been under special measures for over 20 years. Other comrades have been fighting this for a long time, but we feel our campaign and the collective pressure we exerted helped to finally force the issue. In February, the left captured the Unite Political Committee for the first time in memory. A number of WMCLPD comrades are now on the committee.

The most interesting of times for the left from deep within the belly of the beast!