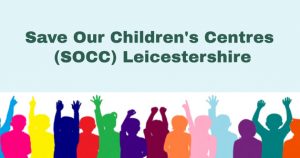 Tory majority Leicestershire County Council would like to change the way they provide “Early Help”. They propose to close 24 Children’s Centres and one family centre and merge their services with all other family and young people’s services. These would be Supporting Leicestershire Families scheme, Early Help Information Support and Assessment and the Youth Offending service.

In addition to the council’s own services many other agencies operate almost exclusively out of Children’ Centres, health visitors for example. The centres are also well used by the council’s own “Go Learn” service providing valuable education programs for parents in need. This will shift a sizable financial burden on to the NHS, while other services will often not be able to afford the rent on alternative accommodation and most of the groups will close.

The Tories understand the impact of cuts to services used by working class people, they just don’t care. The council’s own report, Early Help Review, details the risk of “capital clawback” under this proposal – the council may have to pay back up to £5.8 million in previously awarded grant money if the closed centres are not used as per the wording of the grant award. This is two million more than it planned to save. These plans are so ill conceived it beggar’s belief.

Local activists including Labour party and Momentum members have launched a campaign to defend services and jobs. The campaign, Save our Childrens Centres Leicestershire, was championed by Jeremy Corbyn at the East Midlands Labour Party conference, where campaign activists got him to sign the petition. A petition against the proposals has so far had over 1,500 signatures, and will be presented to the scrutiny committee before it meets at the end of the consultation.