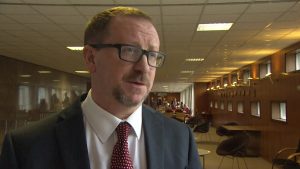 On 1 March the leader of the Labour group in Cornwall county council, Tim Dwelly, resigned from the Labour Party. While nobody should be ‘forced out’ of the party and those with minority positions should be encouraged to argue their case, Dwelly’s resignation is no bad thing.

Dwelly’s resignation letter says that he is leaving because no longer recognises the Labour Party that he joined over 30 years ago. He is right. For 28 of the last 30 years the Labour Party in Cornwall has been small and marginal.

There are now over 6000 Labour Party members in Cornwall. My own constituency in Truro and Falmouth saw a tenfold increase in membership following the 2015 leadership election. We did badly in the 2017 local elections. Older members did not feel inspired by the Corbyn leadership, new members did not feel inspired by local government elections – we lost three council out of eight council seats. However the general election in the same year was a political earthquake. In Truro and Falmouth we had over 300 members involved in the campaign. Cornwall delivered three of the biggest swings to Labour anywhere in the country – in Truro and Falmouth the Labour vote went up 172pc! We now have two marginal parliamentary seats and have had some encouraging town and county council by-election victories. Dwelly appears to be sour that many more people have joined Labour and they have opinions about what the Party should be doing.

The trigger for Dwelly’s recent decision was a row about him seconding a motion to introduce an “Accountable Care System” to Cornwall’s NHS and social care systems.

Cornwall’s Local Campaign Forum had opposed the introduction of an ACS and has organised regular demonstrations in protest. Due to its geographical location and the peninsula’s poverty, Cornwall’s NHS and social care services are in an even worse state than other parts of the UK. The majority of Labour’s activists rightly think that the party should be campaigning vociferously and militantly against further cuts and privatisation rather than tinkering with Liberal/Tory tinpot schemes. No amount of top-down reorganisation will shorten the queues at Treliske Hospital in Truro, or open up psychiatric beds to prevent traumatic out-of-county admissions for the mentally ill.

From a political perspective the Cornwall Labour Party has nothing to lose from irreconcilable opposition to these plans for the NHS and social care. Why take responsibility for something that will obviously fail? Dwelly did managed to include some amendments to the ACS plans that sought to write-off of Cornwall NHS’s debt and impose more checks and balances. However endorsing the ACS weakened Labour’s stance of public opposition. Even if Dwelly’s amendments were a clever way of throwing a spanner in the works of the ACS (and this is a generous interpretation) then his lack of leadership and inability to explain his actions created a rift between him and the overwhelming majority of Labour activists.

In other parts of the country, Labour councillors hold real power and can claim (weakly) that they are just making ‘difficult decisions’. No such problem exists for Labour councillors in Cornwall where we for now we hold just five out of 123 council seats. Dwelly’s endorsement of the ACS was basically a way of giving two fingers to his fellow Labour activists outside with the placards.

Although his resignation speech deplores the “bullying”, “intimidation” and “the toxic environment” within Labour, in general Dwelly has spent time during the past two years goading and insulting new members on social media. His comments and actions have increased the toxicity and bad feeling. He is one of those activists who bring much heat but little light to political debate. And of course he always had the option to report any alleged bullying to regional office.

Just as he describes the pressure and criticism from the Labour rank-and-file as “bullying”, he recently signed the open letter in the Sunday Times describing action by the NEC against the Haringey Development Vehicle as “an affront to democracy”. It therefore seems entirely appropriate that a man that feels no accountability to the party leadership or the rank and file should find his natural home as an independent

His resignation statement makes a sneering criticism of fellow Labour activists who had asked him to “educate” the public that homeless people are “vulnerable”. Despite the clunky language these activists are surely right. Perhaps more than anything this demonstrates the battle for the soul of Labour. On the one hand is a career politician willing to tap into any low prejudice in order to win votes – even at the expense of the most vulnerable. On the other are the principled socialists wishing for to use every opportunity, including the platform of the council chamber, to broadcast socialist politics and shift the political terrain. What Dwelly has failed to register is that the principled stand is now leading to much greater electoral success than their tired triangulation formula.

The Labour Party needs politicians that can account for themselves and can piece together a convincing political argument. The advocates of triangulation politics are just not up to the job. For all the bluster Dwelly’s resignation is simply an admission that he lost the argument.