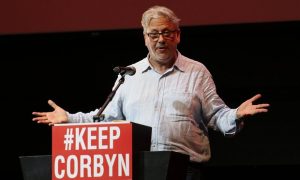 By a trade union activist

It seems likely that, in the selection process for the Labour Party General Secretary role, Momentum leader Jon Lansman will pivot back to the “broad social movement party”-type emphasis he had at the inception of Momentum, posing the “contest”, either explicitly or implicitly, as one between his (modern, digital, “OMOV”-based, social media-focused, etc.) conception of “member engagement”, and the staid orthodoxy of the pro-bloc-voting of the unions.

That is a false dichotomy. There is no counterposition between more effective use of modern communication methods and social media, and retaining more “traditional” labour movement democratic norms and culture.

• See also Democracy, trade unions and Labour – ideas on the kind of Momentum we need by Maria Exall

However, if issues are posed in that way, arguments for reforms that would move the Labour Party away from structures based on real-world meetings, discussion of written motions, conferences, and, yes, bloc voting by affiliated unions should be opposed. For the Labour Party to become more like Momentum, either culturally or structurally, would render it radically less democratic, not more.

Labour was founded very much as a “social movement party”: the “social movement” in question being the industrial labour movement. It was intended to be the political wing of that movement, based on and accountable to its structures. That is a conception that should be re-established (and improved), not jettisoned as somehow outdated.

The Labour-union links – both the link between Labour and the affiliated unions, and the affiliation structure within each union – should themselves be radically democratised and opened up to a far greater degree of rank-and-file scrutiny and control.

Genuine democracy and accountability requires a conception of political organisation as being in effectively permanent session. Members’ involvement in party structures will of course be mediated by personal circumstances, accessibility issues, and a whole host of other factors, but the aspiration should be to build structures that facilitate the maximum possible direct involvement by the maximum possible number of members.

Imagining that the cause of democracy, rank-and-file involvement, and grassroots control are served by reducing members’ role to passive participation in clicktivism and e-votes on the one hand, and carefully-marshalled electoral foot-soldiery on the other, is a dangerous cul-de-sac.