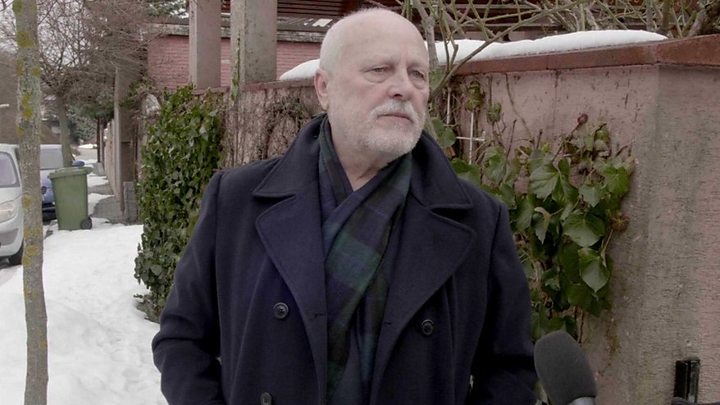 Jan Sarkocy, a one-time junior intelligence officer for the Státní Bezpečnost, former Czechoslovakian State Security, has made himself a few quid this month by trading off claims that Jeremy Corbyn was a paid asset of the Czechoslovakian state during the Cold War.

Sarkocy’s claims have been comprehensively debunked. The head of the Czech Security Service Archive, Svetlana Ptacnikova, has told the BBC that the file on Corbyn in the StB archive shows that Corbyn was at best a “person of interest” to the service, and not an asset.

But this tawdry story does raise some issues worthy of discussion.

One of these is the pattern that the whole “scandal” has followed. The capitalist press creates a market for smears. Any embittered has-been or marginal fantasist who cares to concoct a politically-convenient lie can expect to make a bit of cash and see their name in lights, even if their story is eventually discredited.

Unfortunately, this hailstorm of lies and abuse from the right can feed a conspiracy-theorist fantasy politics on the left. Paranoid left-wing blogs both concoct “fake news” to suit our side’s narrative; and denounce and deny any inconvenient facts. Both tendencies are poison to our movement.

The left must respond to the smears and slanders of the right by developing a culture that values education and truth as powerful forces for freedom.

The other issue is to do with the relationship of the British labour movement to Stalinism.

Jeremy Corbyn had a better record on Eastern European solidarity than many in the UK trade union and labour movement. Rather than being bought out and awed by the anti-worker dictatorships of the Eastern Bloc, or an ideological dupe of Stalinism, he was one of five MPs to sponsor the following Early Day Motion on “Workers’ Democracy in Eastern Europe” in 1989:

“That this House welcomes the magnificent movements in Eastern Europe for full democratic control over what happens in society and recognises that this outburst of discontent and opposition in East Germany and Czechoslovakia, in particular, reflects deep anger against the corruption and mismanagement of the Stalinist bureaucracy; sees the movement leading in the direction of genuine socialism, not a return to capitalism; congratulates the workers of the Soviet Union, particularly the striking miners of Vorkuta, in the Arctic Circle, who are leading the struggle for better pay and conditions and for an end to one-party dictatorship; notes that their fight has been in the face of vicious anti-strike laws of a type that even Her Majesty’s Government drew back from; believes that these mighty working class struggles deserve the full support of the British and international labour and trade union movement; and considers that the only way forward for the peoples of the Soviet Union and Eastern Europe is on the basis of a return to the principles of genuine workers’ democracy and socialism which formed the basis and inspiration for the October revolution.”

Unfortunately, the bureaucracy of the labour movement — and Labour Party, including Corbyn’s office — still contains some of Sarkocy’s spiritual brothers, who are nostalgic for the secret-police regimes that tortured and murdered trade union leaders in the Eastern Bloc.

As the left develops and grows, a culture of respect for the truth should wash away the anti-socialist practices of Stalinism from our movement.