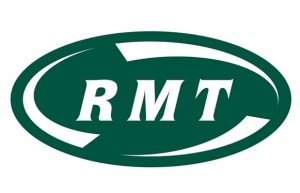 The rail and transport workers’ union RMT was expelled from the Labour Party in 2004 after its Scottish region backed the then substantial Scottish Socialist Party. In general it had made trouble for Blair, for instance by trying to get Labour Party conference to oppose war on Iraq. However, its leadership made little effort to fight or reverse the expulsion.

The 2017 RMT AGM agreed the union would initiate discussions with the party, before holding a Special General Meeting to decide. Here are some arguments made by supporters of reaffiliation in a recent bulletin.

In last year’s general election, Labour increased its number of MPs and votes with a left-wing manifesto.

This brought tens of thousands of new members into the party. Confidence in and willingness to fight for left wing ideas would be further boosted by news that a fighting union like the RMT has reaffiliated.

It is vital to keep Labour on its leftward course, and we stand a much better chance of doing this if we are part of the Labour Party.

Advice shouted from the other side of the street is not nearly as effective as speaking, voting and fighting in the Labour Party against the right.

From the unlikely event of a left-winger being elected Labour leader has been built the hope and possibility of a better world for the majority. Who knows how long we’ll have to wait for another unlikely event before we get a chance like this again.

We will not lose independence if we affiliate to Labour. All Labour-affiliated unions are independent organisations, with their own rulebooks, structures and policy-making procedures. The Labour Party cannot intervene into the internal democracy of its affiliates or stop them passing their own policies.

The only restriction Labour affiliation would place on RMT is that we would no longer back election candidates against Labour.

We will still be able to pass policies contrary to official Labour lines. Almost all unions have policies which differ from LabourParty policy. Affiliating to Labour doesn’t stop us passing different policies: it lets us fight for them within Labour’s structures!

Some say: RMT’s membership includes people who support many different political parties. Why should their union affiliate to only one? Affiliating to Labour won’t stop individual RMT members joining or supporting other parties. The decision whether to support reaffiliation is about whether you think it makes strategic sense for the labour movement collectively to have its own political party.

If the union reaffiliates, no RMT member will be forced to join or vote Labour, and those who disagree with reaffiliation will still be free to express their view.

Others say that affiliating to Labour will be divisive in Scotland, where many members support the SNP .

We believe that the Scottish National Party is not a working-class party. We know that this view is not shared by many RMT members in Scotland.

We want to continue that discussion within the union. In the meantime there is an easy workaround. When the Fire Brigades Union reaffiliated to Labour after Jeremy Corbyn became leader, it affiliated only its members in England and Wales. RMT could do something similar, allowing Scottish branches to maintain some political autonomy.

Moreover, affiliating to Labour would enable us to challenge right-wing MPs and councillors for selection, putting up better candidates against them.

Under Jeremy Corbyn’s leadership, the Labour left is growing in size and confidence. It is increasingly well-placed to challenge Labour right-wingers; by reaffiliating, RMT can help shape that fight.