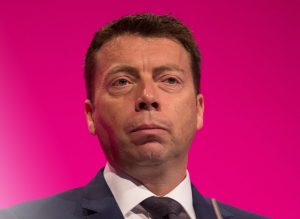 The Clarion welcomes the resignation of Iain McNicol – a conservative bureaucrat, hostile to democracy, who consistently worked to undermine Jeremy Corbyn’s leadership and presided over the biggest purge of left-wingers in Labour’s history. He should have been removed quickly after Corbyn’s re-election in 2016.

Suggestions in the press that McNicol is responsible for the huge growth in the party’s membership, its financial recovery and so on are risible, virtually the complete opposite of the truth.

There is a rumour McNicol will be nominated for the House of Lords. While on one level we do not care who sits in that body, the party should not promote him in any further way.

However, his departure will not be a victory if he is replaced by a “left-winger” equally hostile to democracy and committed to stifling dissident critical left voices: sadly, hardly an impossibility. The possibility of notorious Stalinist Andrew Murray, in particular, is a bad one.

Beyond that, in future this critical position should be regularly elected in some way by Labour Party members or by conference, so that the selection is open to real contest and scrutiny and the party can hold the winner to account. Alternatively, it could be reduced to a genuinely administrative position with little political influence and remain appointed by the NEC.

Whoever the next General Secretary is, we need to step up campaigning to transform the party so that its direction is really decided by its members and those members enjoy rights secure against bureaucratic subversion. That struggle is far from over.