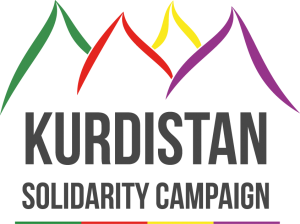 From the Kurdistan Solidarity Campaign

This is a model motion that can be modified as you wish for proposing at Labour Party branch and CLP meetings in support of the Afrin resistance, condemning Turkey’s attacks and the UK government’s implicit and explicit support for Turkey.

This CLP strongly condemns Turkey’s unprovoked, aggressive airstrikes on Afrin, a Kurdish canton in Northern Syria, resulting in deaths and injuries of civilians.

This CLP notes that initiating a military attack on a country that has not attacked you constitutes a war crime and this CLP understands that neither Afrin canton, nor any other Northern Syrian Kurdish region, has ever attacked or threatened to attack Turkey.

This CLP notes that Turkish jets started targeting civilian areas in Afrin on Saturday 20th January including the city of Afrin, Cindirêsê, Reco, Shera, Shêrawa and Mabeta districts and the refugee camp Rubar; further notes that the Rubar camp hosts more than 20,000 refugees who have fled war-torn parts of Syria and that Afrin itself hosts more than 200,000 internally displaced people which constitutes over half its population.

This CLP also notes the long war that Turkey has carried out against its Kurdish minority which caused 40,000 deaths of Kurds in the 1990s and created a million refugees, and more recently its bombing of several Kurdish cities to rubble in 2015-2016. This CLP further notes that thousands of left wing political activists and Kurds have been imprisoned in Turkey, including the leaders of the third biggest party, the HDP – a sister party of Labour as a member of the Party of European Socialists and Socialist International. In recent weeks, Turkey has repressed internal opposition to its war on Afrin, arresting anti-war protesters and campaigners.

In light of all this, this CLP believes Turkey’s actions can only drag the region into a renewed catastrophe, inflicting hunger, killing more people, creating more displaced people. It condemns the UK government’s implicit and explicit support for Turkey’s human rights abuses and war on Kurds; it commends the Kurdish forces of the YPG and YPJ who defeated ISIS in their capital of Raqqa and are now defending Afrin from Turkish invasion; calls on all democratic forces and public opinion to show solidarity with the people of Afrin, to protest and condemn Turkey’s invasion; calls on the Labour frontbench to explicitly criticise the government’s arms sales to Turkey and support for its destructive and unprovoked war.

To oppose the war on Afrin, publicise statements to that effect and join solidarity demonstrations where possible

To affiliate to the Kurdistan Solidarity Campaign

To ask our MP [insert name] to: sign EDM 877, raise this issue with the Prime Minister and the Foreign Secretary, and with Labour leader Jeremy Corbyn and Shadow Foreign Secretary Emily Thornberry

To write directly to shadow Labour leader Jeremy Corbyn and Shadow Foreign Secretary Emily Thornberry, asking them to call on the Turkish Government to halt attacks on Afrin with immediate effect.

Let us know what you think! theclarionmag@gmail.com