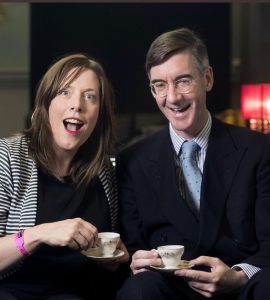 Jess Phillips hasn’t been backward in coming forwards since being elected as MP for Birmingham Yardley, and for that no-one should criticise her. I’m generally a fan of feisty, strong women.  However, Phillips’ various outpourings contain almost too much to criticise. Her book, Everywoman: one woman’s truth about speaking the truth, condenses into its pages all the reasons why Phillips is not the feminist hero she presents herself as. Contrary to her intention to speak ‘the truth’ about every subject under the sun, we instead get a very narrow political commentary on a couple of important issues amidst a swamp of self-aggrandising, disjointed story-telling.

In the interests of fairness, let’s start with what is good in the book. Jess Phillips opposes violence against women. She worked for Women’s Aid as a business development officer before becoming an MP and the chapter, ‘The truth about violence’ is a good rundown of why women don’t leave violent partners. However, while she clearly feels heroic for speaking out against violence against women, I don’t expect any less from a feminist Labour MP.

More telling is what she doesn’t write about. Phillips barely mentions the impact of cuts on women’s services. She says that she supports state funding but dismissing campaigning for it, writing that, ‘You can join as many protests as you like … But ultimately we had to find a new way of doing things’ – a new Labour line if ever I heard one. A 2016 Guardian interview quotes her as saying, ‘My job involved re-designing the structure of the organisation [an experience that made her] utterly pragmatic … I learned that my principles don’t matter as much as people’s lives.’

I work in the domestic violence sector and I know what ‘business redesign’ has meant in the refuges and women’s services I have worked in: cutting costs by slashing the pay and conditions of staff in order to secure council and government contracts. Are these the principles Phillips thinks are dispensable?

Phillips states that one woman influenced and inspired her more than anyone except her mum: Harriet Harman. She doesn’t mention that Harriet Harman’s first act as a Labour minister was to cut lone parent benefit, an act derided by domestic abuse organisations as harming women trying to leave abusive relationships. Maybe Phillips accepts this as one of those pragmatic choices you have to make. Of all the rich history of feminist fighters, Harman is her hero. Frankly that is a bit sad.

Phillips’ feminism is her brand. She spends half the book referring to her stand on women’s issues, how being a feminist makes her unpopular, how she will always speak up for women.  It didn’t stop her giggling on Peston on Sunday as comedian Jan Raven cruelly mocked Diane Abbott, playing her as a stupid acolyte. Feminist solidarity and scruples only go so far, it seems.

Throughout the rest of Phillips’ book she tries desperately hard to be profound and insightful. To any literate reader this is by turns excruciating and funny.

In ‘The truth about starting a new career’, Phillips encourages women to get ahead by ‘bigging themselves up’ and if they lack confidence, get someone else to big them up to the boss instead. In pretty much the only reference to unions in the entire book, she supposes that ‘the whole union movement is based on this principle.’ No, it is not. What motivated Jayaben Desai and other great trade union women was not sucking up to the boss for her own self-advancement. Solidarity means something quite different.

In ‘The truth about being human’, she rails against the public being too hard on MPs, writing that, ‘The hatred of our politicians and the belief in a homogenous morality is what breeds the populist claptrap of the plastic everyman. It is directly to blame for the rise of UKIP, or Marine Le Pen.’ Leaving aside laughably self-conscious wording it is horrifying that Labour MP for a working-class area has such a shallow understanding of what shapes people’s views. For Phillips it is not the decimation of working-class living standards that creates the conditions for mass support of the far right. No, it is people daring to be angry and disappointed in politicians and holding them to moral standards.

She goes on to argue that it is ‘the same sense of false outrage that has led people to believe that Jeremy Corbyn is the new messiah, just because he owns a bike and a tracksuit’. This throwaway comment – in a chapter about being human in which she also sings the praises of the anti-abortion, anti-feminist, homophobe Jacob Rees Mogg – reveals Phillips for the immature and nasty politician she really is. It isn’t false outrage that has seen Corbyn’s popularity soar, it is genuine outrage at real horrors and hope that there is an alternative.

The only truth that is exposed in Jess Phillips’ book is that she is an egotistical political lightweight with little understanding of the movement she is part of. I live in hope that the Labour members in Birmingham Yardley will realise the same and put us all out of our misery.