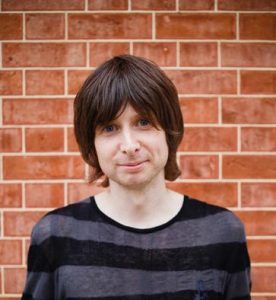 What do you think is the significance of and main opportunities from the left’s NEC victory?

Well, it’s such an important committee; which we saw in the context of the coup against Corbyn where the NEC carried out the second phase of it, imposing the freeze date and excluding so many members. The left already had narrow majority, but to do the kind of sweeping party reforms which are needed in the Labour Party, requires a bigger majority.

Also, I know Jon Lansman is not universally popular but he knows the structures of the party and has been thinking for years about what needs to be done. I think that there has been a lack of that kind of strategic approach. So, it opens the way for the democracy review which Katy Clark is heading to be something quite historic.

What do you think of Ann Black’s removal as chair of disputes?

Ann Black doesn’t actually hail from the left and her role in the disputes stuff has not won her any wider supportinspired confidence. For example, the suspension of Brighton and Hove Labour Party, where it was clearly a stitch up from the start, Ann Black was in charge.

But more important than all that is that the person in charge of the disputes panel is an officer of the NEC and it’s the officers of the NEC who have enormous power when things have to be decided urgently. So it’s a very important power base.

Do you think they might move against Iain McNicol?

Well, I’d be worried if I was Iain McNicol! He’s been general secretary of the labour party for much longer than most so he is overdue to be replaced.

After the general election, Andrew Marr stated Corbyn would be leader of Labour for as long as he wanted. How safe is Corbyn from the right now?

At the moment there don’t seem to be any opportunities for them to go against Corbyn himself, which is why they have shifted the debate to attacking people around him, especially new left MPs like Laura Pidcock and Emma Dent Coad; they are the people who are taking all the flack now.

The thing that the NEC result showed most clearly was that Progresses tactics of trashing the party in the press and Richard Angells incessant whinging about the left is really unpopular with members. The rights share of the vote in the NEC elections has come down. Last time in 2016 it was 42% and this time it’s 29%. That’s a pretty catastrophic performance. Their strategy is a complete failure and I see no evidence they have a better one.

Do you think part of the strategy is to naturalise Corbyn, attack the stronger left MPs and schmooze those with less socialist roots like Angela Rayner?

Yes. Although I think Angela Rayner has something to do with that too! I don’t think it’s just one way. Definitely we are hearing of right wing and progress backed parliamentary selection candidates saying going out of their way to say “I want a Corbyn government”. The thing that thwarts them this strategy from the right is that Jeremy Corbyn himself doesn’t sit back and go into thatrefused to slip into the role of being a safe co-opted leader. So when he put out the video attacking JP Morgan that horrified the centrists. Similarly, he is taking the Carillion crisis and making the point that privatisation of public services is disastrous. And that’s their project, that’s the project of the centrists in the Labour Party – the outsourcing of public services.

They can never be written off though, they still occupy some important centresMOmentum of power in the party. Although they can’t win anything on straight votes, one member one vote, they still can win selection contests. There still seems to be an issue of people on the left being willing to vote in online elections but not turning up to meetings.

Is that a problem of integrating and mobilising the new membership?

Exactly. We can get people to vote in an NEC election or when there is a crisis that affects Corbyn; but the kind of boring stuff in between, of going to CLP meetings and winning important local votes and transforming local parties, its yet to be seen whether the Corbyn movement can consistently do that. Part of the democracy review is putting in place the procedures to allow members to do it. But the big question is will they take it up, and we don’t know yet.

What do you think the pivotal political issues in 2018 might be?

Well the NHS should be! It’s an absolute disgrace what is happening to the NHS. The trouble is that it’s always quite hard to politicise it in a sense. If it’s going wrong people might generally associate it with the Tories but it doesn’t seem to have much impact on peoples voting intentions. Because people just see it as an eternal political issue

Do you think that people believe the Tory propaganda that the NHS can’t meet the scale of our health needs?

I think the media commentators buy that argument and so it has an impact on the debate as it is repeated and repeated. But when the right press make the case for an insurance based system – arguing that the NHS crated in 1948 isn’t fit for purpose – it has no purchase at all with most people.

The sad thing is that the alternative argument, the socialist argument for the NHS, isn’t put forward with any force and it hasn’t been even by Jon Ashworth and the Labour Party. What you tend to hear from the Labour health team is funding; we need more funding, we need more funding, which of course is true. But we also need to address the fact that the NHS has been gradually and deliberately reformed so that more and more money is diverted to the private sector. The NHS crises are manufactured so that the Tories can say ‘look the NHS can’t cope with modern health demands’ and we need to strongly refute that.

The way the NHS used to be organised, to identify need and deliver resources to meet that need, worked. It wasn’t perfect but it was a more efficient system than you have now where so much money is wasted on managing the fake internal market; and it’s all been done deliberately.

I think the Labour Party is really missing a trick; if they put forward strongly the socialist case for the NHS and the way it should be organised, I think it would be really popular.

• The second edition of The Candidate, updated to include the inside story of the 2017 general election, came out on 30 January.