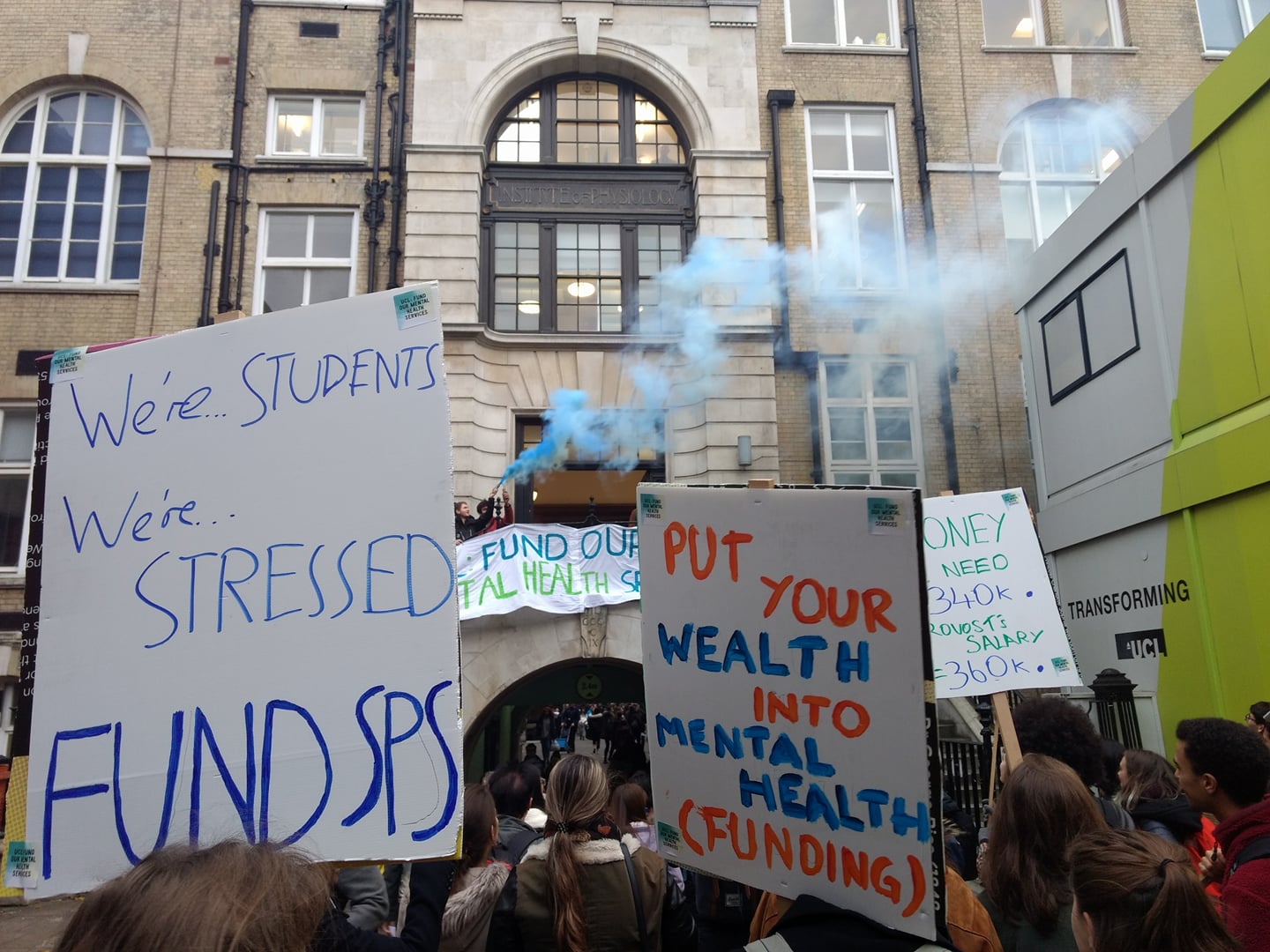 After almost a decade of government attacks on students and higher education, including the trebling of tuition fees, scrapping of maintenance grants and bursaries, arbitrary changes to student loan repayments, and cuts to staff numbers, pay, and conditions, we are finally seeing the beginning of a grassroots student response. Unfortunately, our institutions seem wither unwilling or unable to stand up for us.

Despite the riots that greeted the tuition fees, and large demonstrations organised by the National Campaign Against Fees and Cuts, the student movement has generally struggled to mount a serious challenge to the governments’ policies. There are several explanations for this, including disillusionment and despondency amongst students who couldn’t see the point in fighting, increased financial and time burdens on students reducing their capacity for activism, and structural problems in student institutions.

Things finally appear to be changing. Following unprecedented turnout and influence in last year’s general election, students are finally waking up to the fact that change is possible – so long as you fight for it. Successful campaigns forced the resignation of the Bath Vice-Chancellor and prevented compulsory redundancies at Brighton, igniting waves of publicity over fat-cat pay and cuts to staff; rent strikes are sweeping campuses across the UK, from Aberdeen to Surrey; and divestment campaigns have forced universities to cut ties with fossil fuel companies, arms manufacturers, and sweatshop labour. We have seen this at Southampton, where exorbitant Vice-Chancellor pay and threats to academic posts have kick-started an anti-cuts campaign on our typically inactive campus.

However, coordinated leadership is required to build these isolated sparks of grassroots activism into a cohesive national movement, one powerful enough to stand up for students and challenge government policy. This leadership is sorely lacking at the moment, with the moribund and scandal-ridden NUS a by-word for incompetence, and the National Organisation of Labour Students (NOLS) apparently too preoccupied with disenfranchising their membership to actually fight for students.

The dire state of the institutions meant to represent us is probably best summed up by the NUS’ response to the Office for Students (OFS). Rather than fight this new body – whose main purpose is to entrench and increase the marketisation of higher education – the NUS spent months cosying up to government ministers and seeking access to decision makers, only to be snubbed for their expected seat at the table!

Unfortunately, scenes like this are not restricted to national bodies. Too many student unions forget that their primary purpose is not to organise freshers’ events, nor to be another feedback mechanism to university management, but to stand up for student interests – even if it requires taking radical action.

Instead, student activists up and down the country have seen their SUs unable to stand up to university management, preferring lobbying for meaningless seats on committees to organising any kind of action. Many activists will have even seen their Students Unions working to actively undermine grassroots campaigns – perhaps fearing for their jobs if students begin to demand their elected representatives to actually represent them.

At Southampton, even an all-student vote where participants voted overwhelmingly to cut Vice-Chancellor pay and oppose staff cuts has not been enough for our Students Union to show the necessary leadership. Calls for Southampton Students Union to support UCU’s pensions strike have been ignored, to the disappointment of both staff and student activists.

For the student movement to fully realise its potential, we will need to radically overhaul our institutions, both nationally and on our own campuses. We have to build structures which are accessible, participatory, and accountable – structures which can maintain the confidence of their members, support and encourage grassroots campaigns, and widen links with trade unions and social movements.

Students of all campuses, unite! You have nothing to lose but your debt!