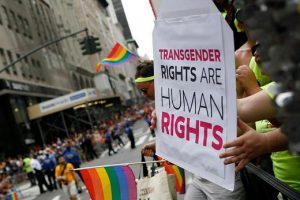 This is the right decision.

A number of Labour Party members have been running a concerted campaign around the red-herring of having concerns over self-identification. Self-identification has been the norm in large sections of the labour movement for a while.

A large number of other organisations allow it without detriment to women, including those who work with women who are survivors of sexual violence.

Most women are not asked to “prove” their gender. We should not be in the business of saying some women don’t look or act enough like women so should be asked for “proof”.

Obtaining a Gender Recognition Certificates is a bureaucratic, often personally difficult, and costly process. Many transwomen will not have one, or not have one yet. We should not be demanding they do in order to recognise and include them.

There is not a queue of men who are going to identify as women to enter all-women shortlists. Why would they when life in politics (and in general) is much easier as a man?