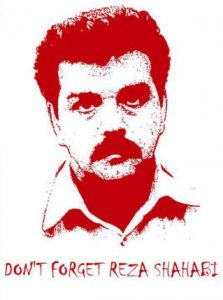 Anti-government protests in Iran, which began at the end of December and lasted a few days, left over 20 people dead. Over one thousand people were arrested. One young detainee has been reported as dying in the Evin prison, which is notorious for torture and mistreatment of prisoners.

The demonstrations started in opposition to widespread poverty, and reductions in government subsidies which meant big price hikes.

For most of the last two decades inflation has been running at over 10%, and in the last year the cost of many basic foodstuffs has risen 40%. Youth unemployment is at least 30%.

The anti-poverty protests spread quickly across the country and other demands began to be raised – against corruption, against clerical rule, for women’s rights and for the release of political prisoners. The protests were met with ruthless repression.

US President Donald Trump, for his own reasons, spoke up for the demonstrators. Trump normally shows little interest in human rights – for example, in the Philippines he has been courting the homicidal right-wing populist President Rodrigo Duterte, without a murmur of concern for Duterte’s record.

However Trump is agitating against the nuclear deal the previous Obama administration struck with Iran in 2015, and he currently finds it expedient to voice support for Iran’s poor.

Some socialists seem to find situations like this uncomfortable or confusing. Trump is our undoubted enemy – so surely we back his opponents and oppose those he supports? Right? Wrong.

Iran has been a viciously repressive, anti-democratic, anti-women clerical dictatorship since the Islamic revolution of 1979. These facts are not changed by Trump’s opportunism.

Independent trade unions are banned and the state runs its own fake union, The Workers’ House. Independent union leaders are jailed. For example, the British TUC has been supporting Reza Shahabi, a leader of the bus workers’ independent union in Tehran who was jailed in 2010 for “propaganda against the regime and conspiracy against national security.” He spent several weeks last year on hunger strike to protest against his sentence. A lobby for Shahabi was brutally attacked by security forces on 26 December 2017 and 51 people were arrested.

Unfortunately Labour’s Emily Thornberry and Jeremy Corbyn – both normally straightforward in their support for workers’ rights across the globe –failed to speak out for the left and the workers in Iran. Corbyn remained steadfastly silent about the protests, and Thornberry has refused to back the demonstrators saying: “It’s very difficult, in [confusing] circumstances to actually come to a conclusion as to what political forces are behind the current disputes on the streets of Iran.”

Thornberry says some protesters were calling out in support of the monarchy.

Indeed a small number of protesters were calling out for the return of the Iranian monarchy. This is not a surprise. There were thousands of people on the streets and they don’t all have the same views. Moreover a return to monarchy probably has quite significant support inside the country – as one reaction to the brutal and corrupt rule of the clerics.

And this is hardly unprecedented, either: for example, there was considerable support for a monarch in Spain, in the 1970s, as an alternative to Franco’s fascism.

Anyway, even if Thornberry was genuinely confused by the protests, she could easily have called – positively – for the release of political prisoners, an end to repression, for trade union and women’s rights in Iran. But she didn’t.

Why is there so much scrutiny of what Corbyn and Thornberry say on Iran?

There is a widely held belief that Jeremy Corbyn is compromised by past associations with the Iranian regime. Corbyn was paid up to £20,000 for five appearances he made on the Iranian run Press TV between 2009 and 2012. Corbyn’s final appearance was even made after the banning of Press TV from UK airwaves by Ofcom.

Press TV became infamous in 2009 for its pro-government propaganda during the violent suppression of Iran’s opposition Green Movement. The reason Ofcom finally banned Press TV was that it filmed a confession by Newsweek journalist Maziar Bahari which had been extracted by torture and scripted by his interrogators.

Press TV is not a normal TV channel like, say, the BBC – which has high journalistic standards and guards its independence from government. Press TV is a propaganda outlet for the Iranian state and its Director is appointed by the Supreme Leader.

Bahari commented, “Many of these Western politicians who appear on Press TV can be regarded as useful idiots… People who present programmes for Press TV and get paid for it should be really ashamed of themselves.”

According to ‘Business Insider’ Iran executed 1314 people between Corbyn’s first and last appearance on the Channel.

More recently pressure from a Tory MP, Tom Tugendhat, and others, has forced Emily Thornberry to “modify” her statements on Iran. Tugendhat is a Tory, and he may well have been acting to make trouble for Labour. Nevertheless he said he had no problem in condemning a regime for brutalising women and murdering gay people for the past 40 years, and that Thornberry should not have a problem doing so, either.

So Thornberry now recognises the protests were, “clear spontaneous public outpourings that we can all understand and support.” She has also condemned the Iranian judicial system and the treatment of minorities and women.

It is embarrassing that it took Tory pressure to squeeze out the statement from a left-wing Labour leader.

Jeremy Corbyn must now make a similar statement in support of freedom, workers’ and women’s rights in Iran.