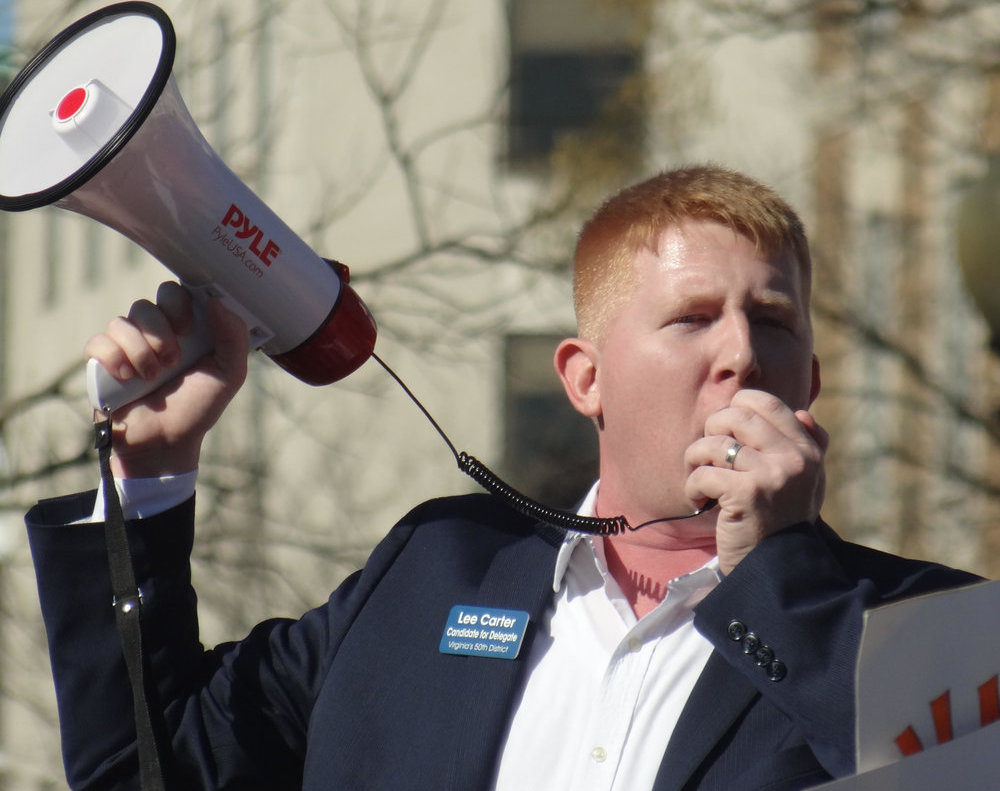 Fifteen Democratic Socialists of America members won nationwide earlier this month. One of them, Lee Carter, an electrician and Marine Corps veteran, unseated the Republican Majority Whip even after the Democratic Party refused to work with Lee because he wouldn’t let the Democrats micromanage his message and his campaign. An openly socialist candidate usurped a seat from the Republicans without Democratic support and no corporate funding in the notoriously reactionary American South–how did this happen?

To understand what Lee ran on, what about his message resonated, you must understand why he ran at all. After getting electrocuted and blew his back out on the job, Lee became radicalized by the difficulty in receiving compensation for the workplace injury. I can’t speak to what it’s like to have nationalized healthcare, but I can speak to the Kafkan horror of healthcare as any American can: it’s harder to get good healthcare than a gun. It’s often tempting to walk into Walmart and ask if they sell penicillin in 9mm rounds while they bag your new Sig Sauer.

Once he recovered, his employer said they had work, but not for him. That woke him up to the broad class injustices that afflict America, and his messaging reflected it. Even though he ran on local issues, he made sure his campaign spoke to national issues like universal healthcare and getting corporate money out of politics. As he told Jacobin magazine, “The reason I picked big transformational themes for my campaign is that these are the things I’m passionate about, and that will have the greatest long-term impact on people’s lives.”

But he didn’t win on messaging alone. Because the Democrats abandoned him as a viable candidate, he had to rely on grassroots work. That means door knocking. As reported by The Japan Times, “DSA members spent months canvassing for Carter in Virginia’s 50th district, about an hour’s drive west of the nation’s capital, knocking on more than 9,000 doors in the final four days.” This made the difference. In response, Republicans sent out mailers to 1,100 houses redbaiting Lee with a flyer that featured his photo beside portraits of Mao, Lenin, and Stalin. According to the same article, the plan backfired: “But even Republican voters told canvassers they found the attempt to sully the leftist’s image ‘gross,’ Carter said.” With the DSA’s canvassing effort and a coalition formed from the Democratic Party’s base (despite the party’s leadership), Lee won with nearly 55 percent of the vote. It was power from the ground up that secured a socialist win in a district just outside Washington, D.C.

So, with all these victories, people have been wondering if there is a resurgent class-consciousness in America. The answer is yes and no. Certainly there’s an uptick in class consciousness in young Americans. Last year this time, the DSA had 6,500 members. Within the last month or so it broke 30,000, most of the new members coming from the millennial age bracket. And the other DSA candidates who won nationwide show its nascent power.

But we should be clear where these candidates won: Virgina, Ohio, Montana, etc. These places are what we call “fly-over country.” They aren’t Democratic Party strongholds. DSA candidates who’ve run in places like New York often get flattened by establishment Dem candidates. It’s a fact of American political life that can’t be ignored: as it stands, the greatest obstacle to left wing, progressive victories in electoral politics is the Democratic Party itself. Their collusion with imperialist gluttons and Wall Street primadonnas taken with their incredible self-regard in the face of failed policies and a crushing defeat in 2016 makes them a party to combat, not join. This puts the DSA in a tight spot: it’s not a political party, so it often relies on candidates’ enrollment in the Democratic Party to run races. It’s damn near impossible to get third party candidates on the ballot at all, even in local races. This explains Lee’s status as a Democrat.

Not only that, but American politics runs on partisan (not ideological) resentment. We must read these wins in Trump’s backdrop. It is simply the case that people will vote for anyone who represents pushback against the Trump administration, hence Virginia’s new governor Democratic Ralph Northam, who, even with a new spinal transplant, would find a way to break it over his opponents’ knees. But this might also open opportunities for more open socialists to win–if they’ll take anyone, why not us?

Lee’s win, and all the others, were an instructive and successful power test for the DSA. And it’s heartening to see left wing engagement in local politics nationwide. But blind hope kills. Going forward, American socialists who wish to engage in electoral politics must rely on old fashioned political work like grassroots coalition and canvassing, but must fight two opponents: a deranged and bellicose right wing and the corpulent, neoliberal Democrats who’re too stupid to break left and too powerful to be ignored. And they’ve got all the money. The Empire remains a right-shifted gaggle of nostalgic, paranoid, amnesiacs lorded over by the worst among them. We’ve gotta lotta work to do.

• Emmet Penney is an activist in the Santa Fe chapter of Democratic Socialists of America and the Albuquerque chapter of the IWW union.