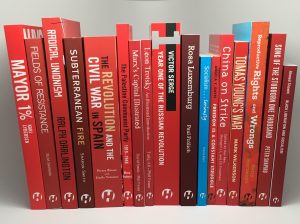 The reading group was established by local Momentum activists. It was formed after a number of members of Harrow Momentum expressed an interest in discussing important issues surrounding economics, history, strategy, philosophy and various other areas.

After an introductory session, it was agreed that the reading group would hold a three-part ‘series’ along the theme of economics, with each session held at a different member’s home. The idea behind holding a themed series of0 discussions is that unlike stand alone sessions, readers can build on what they have learned in each reading, develop their knowledge of a particular area, and bring what they have learned in previous sessions to later meetings.

Meeting monthly, the first text we examined was David Harvey’s ‘Neoliberalism as Creative destruction’, a highly insightful 2006 article in which the renowned Marxist geographer provides a critical survey of the global economic landscape, and characterises neoliberalism as, ultimately, a political project aimed at the consolidation of class domination.

Originally appearing in an academic journal, it is a piece few outside of universities would have had the chance to read, but is written in an accessible style which allowed for good level of discussion, even amongst those who did not have the chance to read the entire article.

The texts that we study are chosen by the members themselves. Any reader can present an article or book chapter that they have read to the group for discussion, although they are encouraged to select a text that is of a high quality, and offers something valuable to readers both intellectually and practically.

In our next session, we are reading a chapter from ‘Rethinking the Economics of Land and Housing’ by three authors from the New Economics Foundation, an organisation whose work has been particularly influential to Corbyn’s Labour Party.

The purpose of the group is not, however, reading just for the sake of reading. Through the engagement with some of these ideas, we become better activists.

We will be more capable of engaging those outside of the party and become more able to take part in the complex discussions surrounding the direction of the Labour Party, the feasibility of the Corbyn project, the limits of parliamentarism and reformism, and how these limits might be overcome.