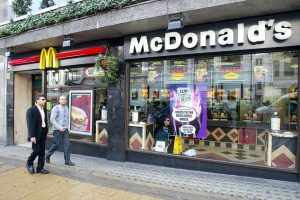 A new initiative being pushed across the party is for CLPs to elect Business Liaison Officers, who are intended to work alongside the Trade Union Liaison Officer on the CLP’s Executive Committee. Labour Business, the new network in the party for people who think a strategic alliance with businesses is crucial to realise “our economic, environmental, and social goals” are the people behind the new role.

Clearly Labour should be a party of workers and for workers. The working class makes up an overwhelming majority of the population and it is they that hold the key to building a society beyond capitalism and social inequality. As such it makes sense for socialists to occupy the posts of BLO to ensure that a clear left wing message can go out to the ‘business community’ that we need workers’ rights, trade unions, decent pay and conditions and a plan to democratise the economy.

Henry Fowler stood for BLO in Tooting and won unopposed in late November. As such he didn’t get to read out his speech; we publish it here as an example of the kind of arguments the left could make.

For more on this, see this article from issue 11.

“My name is Henry Fowler and I would be honoured to be voted for as the Business Liaison Officer for Tooting Labour Party.

“It is my belief that working hand in hand with community organisations, trade unions and employers we can create a thriving economy. a modern Tooting for all.

“From the classroom, to the apprenticeship, to the workplace, a Labour party should actively plan and deliver a society that works for all.

“We have always been the wealth generators… its time Labour becomes the wealth distributors, for the many not the few.

“We must push the Labour agenda into the local economy – prioritising social justice, the London Living Wage and trade union rights. It means working with local businesses to end exploitative practices and ensuring that larger corporations locally pay their way and respect workers rights.

“I will support the brave stance and industrial action of trade union members for better terms and conditions with businesses, such as the Ritzy and McDonald’s.

“We must end exploitative bogus self-employment through the gig economy and ensure all workers have rights at work.

“It also means working with the Trade Union Liaison Officer to create a planned industrial strategy with worker control.

“Explore tax breaks for businesses that offer worker control/ownership on their boards. A movement towards industrial democracy has been proven to work in Germany and other European countries.

“It means improving the work life of local people, ensuring a decent work/life balance at work, including provision of child care for free. This means supporting small and medium business.

“We have to end the wage inequality in this country and reduce the disparity between the highest and lowest paid.

“Please consider me for this vital post, at a paramount time for our party.”