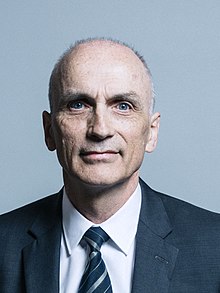 Chris Williamson, MP for Derby North, recently spoke to The Clarion. For the full interview, see here. One thing Chris talked about is why the right of Labour Party members to democratically choose who their Labour candidates are is so important. He said:

“I think the terms of reference [of the party’s democracy review] are a bit limited… what I’d like to see in the democracy review is mandatory reselection of MPs. I’ve been calling for that for some time. The present system isn’t fit for purpose. Trigger ballots are a hostile process because you have to trigger to get 50 percent +1 of affiliated organisations and branches to demand a re-selection process. That implies that you are dissatisfied with your Member of Parliament. But if it was a routine process and everyone had to go through it, like everyone in other elected offices has to do, from trade union leaders to councillors to the chair of a local bowls club to the secretary of an allotments association, that would be something that would help to consolidate the role of the MPs, keep them rooted and keep them from drifting off into the Westminster bubble.

“When we had mandatory reselection previously under the reforms spearheaded by Tony Benn, and there were actually very few deselections (although I wouldn’t call it deselection, but rather mandatory reselection). MPs, in my view, should be able to command the confidence and respect of the members of the party where they are standing. I know that some MPs argue that MPs are subject to a democratic process with the electorate, who give them their mandate. That’s true up to a point but they’re standing as Labour MPs. My response to that is: if that’s what you think, stand as an independent and see how far you get. They rely on the Labour badge and the hard work of ordinary activists. So it’s not too much in my view to ask for their endorsement to stand as their member of Parliament.

“Now you do have the trigger ballot mechanism, but that’s compromised in my view because every branch and affiliated organisation has the same weight in the vote regardless of how many members they’ve got. So a branch with 500 members and a branch with ten members would have the same vote. So you could have two branches with a couple of thousand members each, who want reselection, and ten or fifteen affiliated organisations or other branches with ten, fifteen, twenty, a hundred members between them being able to outvote the majority of the members. That’s not democratic and also there is this matter this having the character of a hostile move. So I’d like to see the terms of reference of the democracy review broadened to cover that.

“[It’s] possible if you see a groundswell of support… Grassroots members calling for that will be important.”