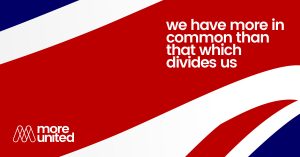 What are the risks of a centrist realignment?

The recently released BBC documentary “The Summer that Changed Everything” revealed something very clearly. The June election left those like Stephen Kinnock perplexed and almost speechless. Despite continuing attacks from such people on the party, their predictions of an electoral disaster didn’t happen.

Some rank and file members on the right of the Party, particularly those concerned about the impact of austerity on their communities, may genuinely have learnt that radical solutions can be electorally attractive.

However leaders of Progress just don’t have ideas that are right wing. They are connected together and to privileged business interests that look at McDonnell’s rather moderate plans, any kind of renationalisation for instance, with horror. No-one should believe the right wing are vanquished.

A left-winger who attended the Progress conference two weeks after the election told me “they were in absolute grief and crazyness – they all punched the air … standing ovations… they were viscerally outraged … Their main aim now is to block the proposal on tuition fees in the name of prioritising the poor.” So not much desire for reflection and conciliation there.

As this same commentator told me “I can’t wait for the f***ers to leave frankly”. With the prospects of a Labour government being undermined by rebellions within its own parliamentary party and after the two year campaign of sabotage conducted by many right wingers in the PLP against Corbyn, many on the left of the Party will agree with him.

But any defections from the PLP are not going to be as individuals. Where can they possibly go that will assure them of keeping their parliamentary seat?

The Blairites learnt a very solid lesson from the demise of the Social Democratic Party in the 1980’s. A centrist Party will be very difficult to create whilst there remains a mass radical party with some roots in the working class. Blair’s New Labour project could never have built its own party. It had to first take control of Labour and extinguish its distinctive voice. However, in an age of growing dissatisfaction with austerity that seems unlikely to happen. So what can they do?

Moves to a centrist party

To some degree this explains the dithering and division in the centre ground of British politics. Without a realistic hope of ending the current radicalism within Labour what can they do?

The main hope of many in PLP right is a major realignment of centrists in Parliament that can pull out a minority of Labour members which, with Lib Dems and Tory rebels, can hope to win seats.

Currently there are some organisations trying to engineer that. The Open Britain campaign is largely the work of Peter Mandelson, while there is also a campaign established by veteran Lib Dem fixer Paddy Ashdown, More United UK. Both were set up after the EU referendum.

Open Britain regularly publishes articles by the key voices of Progress: Umunna, Adonis, Leslie etc. It even acted as the Secretariat of an All-Party Parliamentary Group on “UK and Europe” that was registered in 2016 with Soubry as Chair and Chuka Umunna as Vice Chair (see here.

Open Britain had Tory MPs Nicky Morgan, Anna Soubry and Dominic Grieve in their ranks. But they all withdrew in April after Open Britain published ‘target seats’ for the coming general election which included those of fellow Tories, Iain Duncan Smith and Theresa Villiers.

The other cross-party grouping More United UK publicly adopts a more nuanced approach. It pitched its origins and fund-raising around the assassination of Jo Cox MP. Many Labour and Lib Dems supporters have donated.

It channels support to candidates from any party who support its “progressive values” of diversity and tolerance. More United UK donated in the order of £6,000 to each candidate. The vast majority of the 49 candidates it supported in the June election were Lib Dems and right-wing Labour. Yet again the Tory MP Soubry was there from the start, the sole Tory. She remains there now.

Not surprisingly, almost all the Labour MPs sponsored are on the right of the Party with the exception of Clive Lewis and perhaps David Lammy. Surprisingly also Caroline Lucas has allowed herself to be associated with it.

During the election campaign, Labour campaigners in Soubry’s (and my) constituency of Broxtowe saw More United campaigners in the constituency, arguing that Soubry was the moderate whilst the local Labour Party and their candidate, Greg Marshall, were extremists.

Of course there was no opportunity to challenge this campaign of smears and gossip. Soubry refused all hustings. Her campaigners when challenged could only justify accusations of Greg being an extremist because of his links with John McDonnell and having been on protests outside schools against academisation.

Soubry’s reputation as a liberal has always been considered a joke by many locally (see for instance here). She has employed far-right former NUS activists who joked about the reintroduction of slavery, she has encouraged hate-filled Facebook groups and attacked Justice for Grenfell campaigners – using Melanie Phillips’ article about them “fanning the flames” of the tragedy.

Soubry narrowly retained her seat. It is not possible to know exactly how important support from More United was in saving her.

Whilst the traditional control freakery of Progress may have limited Open Britain’s opportunity of success, More United is expanding both its funding and its electoral interventions. It has claimed to have raised approaching £1 million. At the last election, Soubry was the sole Tory in their ranks. But they are looking for more and at some stage they may well get them.

More United pretends to be about encouraging political involvement. However its real aim was recently revealed by an email from its office. “This is where More United comes in – we are developing a model of politics where we provide an alternative power-base of support for those MPs, so that they can be less dependent on their party. This would free them to make bolder decisions in Parliament. But it’s not something that happens overnight: this is a long term plan.”

It aims is clearly to block accountability of Labour MPs to their Party and apply ‘a model’ that will facilitate Labour MPs working closer with Tories – clearly with a ‘long-term’ aim of a new parliamentary voting bloc and possibly a party.

It is a scandal that Labour MPs should be allowed to take funding and allow their names to be associated with it.

Addendum
How ‘progressive’ on Europe, Brexit, etc are Open Britain and More United?

Both More United UK and Open Britain hope to use anti-Brexit concerns to connect with the radical electorate – particularly the young.

However, on principled issues of human and migrant rights they are at best ambiguous, at worst prepared to use anti-immigrant feeling to bolster their own electoral support.

More United says the “welcome immigration… and believe in bringing down international barriers, not raising them.” But they add the qualification that they “understand it must work for everyone.”

This means that Chuka Umunna and others on Labour’s right feel welcome in it who say that they are prepared to sacrifice freedom of movement within Europe. But even worse, they can welcome people like Soubry into their ranks who has consistently voted for stronger enforcement of immigration rules and for a stricter asylum system (see here).

If they are going to attract other Tory MPs they will be at least as bad or even worse.

Clearly having immigration “working for everyone” could therefore mean ‘working’ even for Tory racists. So don’t expect More United to defend freedom of movement or migrants.

Being largely just a cross-party front for Peter Mandelson these days, Open Britain can be more detailed about its views on immigration. They talk reassuringly about “Guaranteeing the rights of existing EU citizens in the UK and UK citizens in the EU” as “an essential point of principle”. But then add about “Mending not ending free movement” that there needs to be “debate amongst European partners” where “There is scope, therefore, to argue for greater national discretion in the application of the principle of free movement” (see here).

In effect, they want a renegotiated continuation of the EU where “freedom of movement” can be scaled back so that right wing Labour MPs can continue their ideological concessions to nationalism and racism where UKIP and the Tories have built it up.

Labour members and voters opposed to Brexit should realise that both More United and Open Britain cannot be trusted to defend migrants. To the extent they want to stop Brexit it is to defend business interests not those of workers.