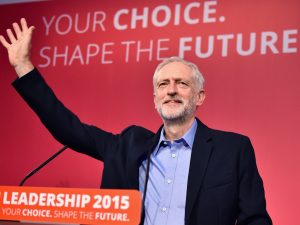 In 2011 Labour was undergoing a democracy review — boldly titled Refounding Labour. The idea was supposed to be to undertake the most thorough going changes in Labour’s constitutional make up since 1918.

You would imagine such a huge event would be burned into the living memory of most Labour Party members. But it isn’t. Few changes emerged apart from allowing supporters to vote in the affiliates section of a leadership election, something that was expanded on in the Collins Review shortly afterwards.

This exercise in rearranging deck chairs did however produce a comprehensive pamphlet by Campaign for Labour Party Democracy (“A Living, Breathing Party”) which proposed a whole series of changes. In the light of the energy and dynamic of the current Corbyn movement, they seem pretty limited, but are worth considering.

The current democracy review, headed up by Katy Clark, reporting to Ian Lavery, the party chair. The terms of reference provided by Jeremy Corbyn cover a range of topics from “Developing democratic policy-making procedures” to “Gender representation”, “The composition of the NEC” to “strengthening the links between the Party and its trade union affiliates locally and nationally”. Let’s look at the 2011 CLPD proposals and see what we can learn.

On the National Policy Forum CLPD proposes a fix instead of the more radical abolition. Surely it is the role of the NEC and its sub groups to produce the initial drafts of policies, programmes and manifestos and then submit them to conference for consideration and adoption. As CLPD go on to propose “The role of overseeing policy-making in addition to campaigning, organisation and finances should be restored to the National Executive”. But CLPD also proposed that the NPF be made democratic and inclusive, “overcoming party members’ cynicism.”

On the leadership elections,CLPD proposed reducing the MP nomination threshold to 5%. Far more democratic would be to require leadership candidates to be nominated by CLPs, much as trade union leaders are nominated by their branches. For instance 20 branches would be required to get on the ballot paper. This would require CLPs to properly discuss leadership contests rather than the current system where CLPs endorse candidates but this has no direct impact on the overall process. This would also take the pain out of relying on MPs to act as gate keepers for allowing left candidates to go forward. As the history of Labour shows, the MPs have always been a bulwark of the right.

One area where CLPD is certainly right is when it comes to selections of political candidates: “Selections are central to members empowerment and voice – members rights to select and reselect their candidates should be paramount and party officials’role should be to protect these rights, rather than to protect existing representatives or advance the careers of favoured sons.” They go on to argue that all selections of MP candidates should be placed on the same footing, namely that sitting MPs are afforded no privileges for automatic re-selection.

CLPD proposes a Charter of Members’ Rights which would be a huge step forward from the current situation where people are suspended or expelled with impunity by party bureaucrats. How about abolishing the Compliance Unit as well?