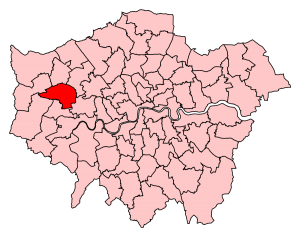 Activists in Ealing North Constituency Labour Party have reversed years of staid, right-wing, Progress domination and Anyone But Corbyn events by electing an entirely Jeremy-supporting set of officers last Thursday – some Momentum, Ealing Labour 4 Corbyn, all Left. It is a major victory for the local Left, brings control of their Executive Committee and is a big turnaround in the left’s fortunes there.

At the same time, all of the co-ordinator roles challenged for also went to the Left, and CLP nominated the Left’s Slate for the NEC (Yasmine Dar, Rachel Garnham and Jon Lansman).

But what a struggle they had! It took comrades there three attempts at an AGM over five months for justice to be done.

This is how it played out, in the words of a Momentum member who was closely involved.

Ealing North has a Delegate structure, i.e. only elected Delegates from branches plus Delegates to the CLP from unions like Unite can exercise their vote at the General Meetings and AGM.

On the night, our comrades there nominated their candidates from the floor.  None of Labour Party or CLP Rules or Standing Orders, indicated that this was wrong.  The decision was challenged, the Chair checked to see whether permitted, found nothing incorrect, and ruled that it was OK.

Cue mayhem from the Progress side in the room.  The Chair had total disrespect shown to him, whilst the Right ‘phoned their friends and handlers in the Council and in London Region whilst the meeting was in progress, interrupting the Chair to demand he talked with X from Region etc. so he could be told how wrong he was.  Quite intimidating, but he refused to show contempt for the meeting by doing so, stuck to his guns and remained solid and fair.

On the night, this furore from the Right Wing culminated in a challenge to his ruling in the room on the night.   It would have need a two-thirds majority to overrule him.  In the event the floor supported him.  So we have the General Committee of CLP Delegates supporting the nominations from the floor.  (Enough, you’d think…read on…)

On the night, elections went ahead with the Right taking Vice Chair, Membership (only after an unwarranted, sweary, inappropriate intervention by EN MP Steve Pound in favour of the Right’s candidate just before that post was to be voted on).  The Left Slate won Chair (re-elected), Vice Chair, Secretary… then the meeting timed out.

Then their hammerblow.  A few days later the newly elected Secretary asked Region for access to the membership list so as to arrange a resumption to conclude the elections.  He was told there had been “a number” of complaints upheld about the running of the meeting and it must be re-run an nominations from the floor will not be permitted.

Nobody was identified as the complainant(s), no investigation had taken place, nobody from Region asked the Chair about the events… just complaints upheld and the meeting would be re-run, without the Left candidates being eligible.

This is how the London Region machine works.  It’s the “go to” place for the Right to get direction and the rulings they want.  It needs a clean up.

Regional Officers came and heard straight from the Delegates what disgust and contempt we had for their intervention to overrule the democratic will of the Delegates to the CLP.  The complaints they had went from ” a number”, “no, er, one” to “no, it was a number”.  No elections were held as we constantly challenged the democratic deficit of recent events.  The outcome was that it was agreed to give branches the chance to nominate again, including obviously the Left candidates this time, and re-run it in November.

Last week’s third attempt brought success at last.  The Right’s defeat was absolute.  Every position the Left challenged for was won.  They even lost the single post they would have retained if they had allowed the nullified July AGM to stand!

So, we learned again about the behaviour of the Right, and that some swing voters moved our way because we remained dignified and relentlessly democratic.

We also learned about preparation. Under the surface, before July and between the meetings there was a massive amount of work getting all Delegate positions filled by the Left and ensuring people got to the November AGM, from organising babysitting to printing a Left Slate. We can do it!