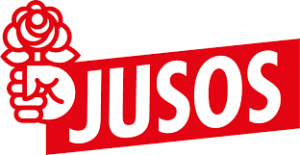 “… if we have to determine the relation between trade unionism and Social Democracy… we can learn from the English nation only how that relation should not be.” – Karl Kautsky

This conclusion was made at the beginning of the 20th century. It marks a different relation between trade unions and social democracy in the UK and Germany. Kautsky was advocating for an independent political party saturated with socialist thought.

This article highlights the historical roots of these differences between Labour Party and SPD. Furthermore, it analyses relations between trade unions and the mentioned parties today.

Historically, capitalism has been more advanced in the UK and a labour movement existed a long time before the Labour Party. In contrast, in Germany the party and the trade unions could develop simultaneously. This premature nature of the labour movement lead to the foundation of the LRC which should represent trade union policies in the UK.

In Germany the reverse was true. In the beginning, the SPD wanted to dominate the trade unions and denied them an independent role. Trade unions should mainly represent and agitate for socialist policies. Only in 1906 did the party officially recognize an equally important role for unions within the labour movement.

But this different start did not just define organizational differences but also political ones. The Labour Party was born with reformist goals. In contrast, its continental counterpart had revolutionary or Marxist goals which were coexisting with a reformist practice especially strong within the trade unions.

Since the policies of Tony Blair’s “New Labour” and Gerhard Schröder in Germany trade unions lost a lot of the historic connection and trust towards social democracy. Furthermore they are in a weaker position than ever because both TUC and DGB membership is at an all-time low.

Specific problems are the loss of a lot of the industrial base of the country since Thatcher’s policy in the UK and in Germany the productivity difference between the export-orientated sectors and the rest of the economy.

The different strength of trade unions and a political struggle lead the grand coalition to implement a minimum wage. Even if it is a tool to prevent low wages it is also a sign of the weakness of the labour movement. Strike rates in Germany for example are even lower than in the UK and political or solidarity strikes are even forbidden.

Politically the DGB is still a social democratic institution but a lot of active workers and employees at the base are members of the Left-Party. The relationship is more like an unhappy marriage, which is working, rather than a romance.

In the UK the influence of trade unions affiliated to the Labour Party was cut during the New Labour period. Under Jeremy Corbyn’s leadership a lot of trust was regained and for example the FBU reaffiliated. Other unions like the RMT are currently discussing the same.

But it is important to emphasize that even a larger number of affiliated trade unions and a more hegemonic role for unions in the past did not lead to genuinely socialist policy.

So even if the SPD can learn a lot from Labour, Kautsky still prevails. The Labour Party and its new members should be sceptical about too much trade union influence. On the other hand socialists should be active in their unions to revitalize them (for example through strikes) like they did it with the party.

• Patrick is an activist in the Jusos, the German Social Democratic Party’s youth section, in Schleswig-Holstein.