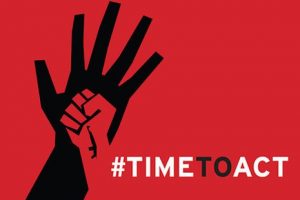 When the sexual harassment scandal broke anyone who thought this was an issue that would only affect the Tories was swiftly disabused of that idea. Any woman involved in left-wing and labour movement activity is quite aware that sexist language, behaviour and abuse are still quite prevalent.

Nonetheless, the revelation by Bex Bailey that after telling a Labour official that she had been raped she was urged to keep quiet was deeply shocking.  Ostensibly this advice was to protect her own career, although given the tight control the Labour spin doctors like to exert it isn’t a stretch to think that the aim was to protect the party from a scandal. This concern is given priority and a woman in Bailey’s position would be expected to sacrifice her right to pursue her allegation to protect the carefully crafted image. It would harm her career because it would demonstrate – to some – that she is a troublemaker with the wrong priorities. This is an absolute disgrace.

While Bex Bailey has now come forward it raises the question as to how many other matters have been quietly brushed aside.

Sexual harassment, sexist language and sexist abuse are an all too common part of women’s lived experience. From reference to our appearance, to “innocent” hand, leg or other body part touching, to innuendo, to outright abuse – it is endemic . But if a woman objects it is she who is often considered at fault. We are lacking in humour, touchy, unreasonable or making a mountain out of a molehill.

This attitude makes it very hard for women to raise complaints at all – we go along with the “fun” for an easy life. Or keep quiet about the assault for fear of being believed.

This makes the way many on the left have responded to other allegations raised about men on the Labour left particularly disturbing.

When a young female activist made allegations against Kelvin Hopkins MP regarding inappropriate behaviour and language the response of some to put her through a trial by social media was shocking. Just because someone makes an allegation it does not mean it is true. But every allegation deserves to be investigated. To dismiss a woman’s claim as false because she is a political opponent is to present a time-honoured trope of women as manipulative liars.

What is more, even if a woman makes political capital from an incident – it doesn’t mean the incident didn’t happen. If men don’t want sexism used against them then my suggestion is – don’t be sexist.

The other line of argument over claims that have been made against Hopkins and others is that they aren’t really serious. Comments on women’s looks and sexual innuendo, or unwanted flirtation are not really serious, but when they come from “left wingers” it is appalling.  For those who take this position, it shows both a serious lack of understanding as to the impact of sexual harassment and a refusal to take seriously the right of women to object to it.

What this whole process has shown is that let alone parliament, Labour itself has a completely inadequate process for reporting allegations. There is a lack of transparency so you don’t know what will happen if you do make a report, where you should make it and how you will be supported. That is the reason we now have a very unsatisfactory situation where some men are being tried by the media. It isn’t women raising these allegations that are at fault for that it is the failed processes within the party. Things have to change.