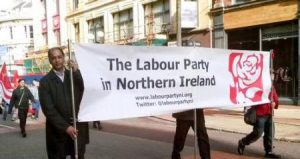 Superficially, this is an appealing concept: having a party transcending the sectarian divides in Northern Irish politics to unite the working class from both Nationalist and Unionist communities around a common, class-based politics would be no bad thing. However, there are two questions to be asked: firstly, is this possible and secondly, if it is possible, should the Labour Party take it upon themselves to fulfil this role?

In responding to the first question, we must consider the role which a party such as Labour would occupy within Northern Ireland. On the key constitutional question of Unionism versus Nationalism, the most likely scenario (given the Good Friday Agreement) is that Labour would take a ‘neutral’ position – one that many would argue is a de facto Unionist position, since maintenance of the status quo is necessarily Unionist. This is likely to be unappealing to large proportions of the electorate with their tendency to vote on the basis of identity, be that Catholic-Nationalist or Protestant-Unionist. Electoral results of the past year indicate decline of ‘soft’ nationalism and unionism embodied by fall in standing of the Social Democratic and Labour Party and the Ulster Unionist Party.

Does this mean that class is destined always to take a back-seat in Northern Irish politics? In the short term: perhaps. However, going forward, political conditions will undoubtedly change and the argument for political organisation along class lines is one that needs to be engaged with and won by the Northern Irish left.

This leads us to the second question of whether the Labour Party should be this basis for this organisation? Given the history of British imperialism across all 32 counties of Ireland, many Nationalist communities, though largely working-class, would never even consider voting for a British party. This makes the idea of a British party standing for election in Ireland as the vanguard of class-based politics more than a little problematic.

The future of the Northern Irish left must primarily come from Northern Ireland and through a class-based Northern Irish party. Regardless of the region’s future; whether it remains a part of the UK or reunifies with the rest of Ireland, the left must seek to accommodate the class interests of all communities in the Six Counties, be they Catholic, Protestant, or otherwise.