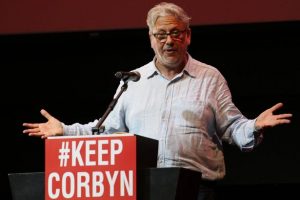 “Lansman at risk in NEC race”, reported the Skwawkbox blog on 9 November, saying that Jon Lansman’s position in the Labour Party NEC election has been weakened by hostility towards him because of his role in suppressing democracy and left-wing socialist politics in Momentum (Skwawkbox doesn’t put it quite like that, of course). Skwawkbox is an informative but unreliable source, but there is anecdotal evidence this could be true.

I decided to write this because I am probably as “hostile” to Jon as anyone active in Momentum. As secretary of Lewisham Momentum and a delegate to the London regional network I had extensive clashes with during the struggle over Momentum democracy in late 2016. On one occasion during the second leadership election he had me thrown out of the Momentum offices for the crime, not of doing anything in particular, but just being me. More importantly, I think his record as de facto leader of Momentum has, despite some positive achievements, also been shocking on a whole series of levels. It has outraged me – and on calm reflection, that outrage is fully justified.

In addition, the way the “centre left” slates for NEC elections are put together is, notoriously, not good.

Despite all this, though, it remains the fact that either Jon will be elected to the NEC or a right-winger – Eddie Izzard, according to Skwawkbox – will. To help the right wing salvage an NEC seat because of our criticisms of the way Momentum is run would be ridiculous sectarianism.

(This is not to say that it is a principle to back Momentum’s candidates in every Labour Party election, no matter the various factors and circumstances and other options. This particular NEC election seems like a pretty clear case, however.)

Regardless of the current problems with Momentum, its lack of democracy, its bureaucratic internal culture and narrow sense of purpose, Lansman himself was an important leader of the Labour left in the 1970s and 80s. Lansman, alongside Vladimir and Vera Derer, set up the Campaign for Labour Party Democracy and played a crucial role in furthering democratisation of Labour at the 1980 Wembley conference. Lansman then went on to jointly head up Tony Benn’s campaign for Deputy Leader in 1981, only narrowly losing against a vicious right-wing campaign.

Lansman being on the NEC make sense, despite his behaviour in Momentum. But what it means is that we shouldn’t trust him to be democratic or to defend the left when it is under attack – he has made it clear that Momentum will do next to nothing to get expelled socialists back into Labour, for instance.

A more pressing issue is political. What is the real difference between the left and right candidates? Former leading CLPD activist Danny Nicol recently posed that question in a comment on this blog:

“But what exactly is the DIFFERENCE between these three comrades and the Labour Right?

“Will they actively pursue a planned economy based on public ownership?

“Will they actively oppose any international deal which compromises the ability of a Labour government on state aids and nationalisation?

“Will they campaign on the NEC in favour of the mandatory reselection of Labour MPs?

“Will they campaign on the NEC to abolish the Blairite National Policy Forum and instead redesign Annual Conference as the sovereign policymaking body?

“If not, then please spell out why precisely these people are preferable the Labour Right. Rather reminiscent of Hillary Clinton’s campaign, this article does not actually seem to give us much reason why they should be elected – barring the rather meaningless suggestion that they are (somehow) of “the left”.”

It seems to me unlikely the Momentum candidates will make the case for a comprehensive and radical socialist vision and policies. They will, however, support at least some left-wing policies, while the right-wing candidates will oppose them.

They will no doubt be cautious and hesitating in their advocacy of democratic reforms in the party, and yet they will advocate them, while the right-wing will oppose them. They may be weak and inconsistent on opposing the witch-hunt of socialists by the Labour Party bureaucracy, but the election of right-wingers will actively strengthen it. And so on.

Comrades’ reluctance to support Jon Lansman in particular is understandable, as he is seen as and in large part was responsible for the imposition of Momentum’s new, undemocratic constitution. However, arguments of timidity or inconsistency or opaque compromises could apply to all three Momentum candidates. And the irony is that Jon’s election may well be a real boost to the left presence on the NEC and thus in the wider party – both in terms of his willingness to say radical things and his ability to get the left organised. He has a long and solid history of campaigning for democracy in the party, and he is a man of contradictions even now.

We should fight to get all three candidates elected.